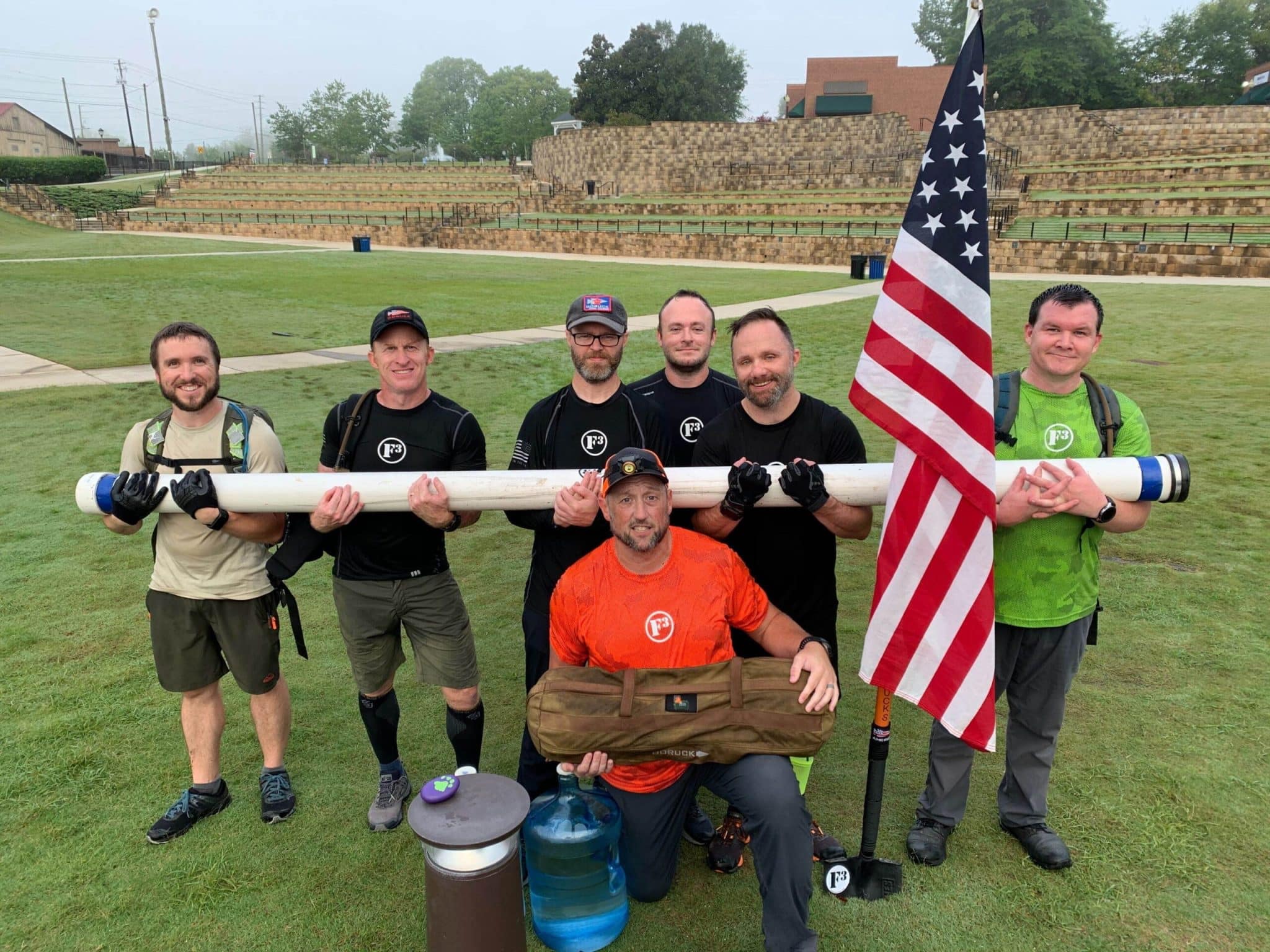 Provided each team a Ziploc bag with the following:

SOR Platoon has been bogged down for two weeks, attempting to Fortify the city of Woodstock against an attack by the Leaguers. This site has served as forward operating base Clinic. Attacks from the League have come fast and furious. Their Small discs have been unable to penetrate our defenses fully. But rumor has it they are planning an aerial attack on our town. Their spies are everywhere. Potentially among us today.

General Nantan has identified seven primary points in Woodstock that we must protect at all costs. He has sent supply drops to those sites. We must gather the supplies to ensure we are ready for the remaining missions, and ultimately, our final defense.

Secure the perimeter. The PAX of SOR Platoon have brought in an elite speed rucking platoon, known only as WR, to lead them to the strategic waypoints across the city to do the following:

(This was a GORUCK Start Course 5K, with coupons or PT waiting at each waypoint)

Under Attack. Ruck out with Rocket Launcher, Fuel Jugs, and Missile Bags. To Launch Prep site.

Under Attack! Must cross field as low as possible. Rucks, Missiles, Rocket Launcher, and Fuel must be moved across the field without being seen. Red lights only to avoid detection. But first, missing 1 Missile. Must locate it. Rumor has it that it’s on the Long and Winding Path nearby. In fact, we just passed it.

All gear must be moved BELOW SHOULDERS in one trip.

Failure to Launch. Ruck to water tower to launch missile. 2 trips MAX. Nothing may touch the ground until its to the top.

Back at the top Expose spy from the League. Read letter from the Infamous Panhandle.

Hide the Evidence. PAX must decide where to hide the missiles and rocket launchers and remaining fuel. (Side of WES)

Ruck back to the forward operating base with tails between our legs.

Sometimes we lose the battle, but we must win the war.