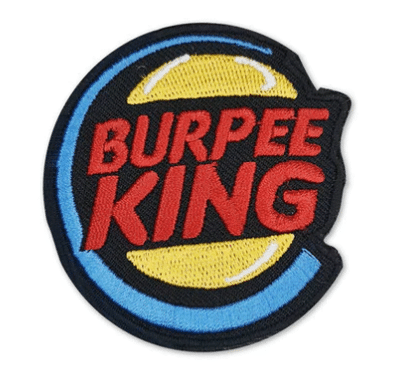 It was a gloriously warm morning in December for the PAX to come out and celebrate Bagger’s VQ at the Paragon.

After a little bit of mumble chatter to the effect of whether there was going to be anything other than warming up, we moseyed over to the green bus lane benches.  There we did two rounds each of Box Jumps and Derkins.

We then hit the parking lot for Bear Crawls and Lunge Walks.

And then we moseyed back over to hill by the flag for the main event.  We jumped into a round of 11s with Imperial Squat Walkers (Squakers) at the top of the hill, mosey down for Merkins at the bottom of the hill and Super Mario back up the hill.  The twist?  We installed a Burpee King in the middle who was to do Burpees until PAX ran by and challenged him to an epic battle of Rock Paper Scissors to trade places with him.  Win?  The other guy takes over.  Lose?  You go right back to your Burpees until another challenger arrives.  There might have been some rep shavin’ on the Imperial Squakers, but PAX was giving their best.  We finished our 11s and circled up at the bottom of the hill.

At the bottom we did Big Boy Sit Ups and American Hammers.  We then ran to the street light and back to close out.

We talked about Silverado’s wife (Linda) and her celebration of life ceremony at North Point Community Church on Friday, December 16 at 1 pm.  We prayed for him and his family.