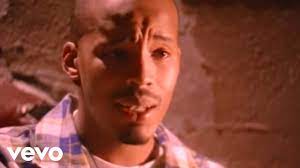 RUKERS. We regulate any rucking of this property. We’re damn good too. But you can’t be any geeksquad off the street. You gotta be handy with the sack, if you know what I mean. Earn your keep. Rukers, mount up!

It was a clear black night, a clear white moon
Gutcheck was on the trails tryin’ to consume
Some skirts for the eve so I can get some funk
Rollin’ in my ruck, chillin’ with my crew
Just hit the east side of the Brookstone Trails
On a mission tryna find Rusted Cars and Creeks
Seen a car full of rust, ain’t no need to tweak
All you deers know what’s up with F3
So, I hooks a left on the rocks and twigs
Some spiders shootin’ webs, so I said “Let’s do this!”
I jumped out the trees and said “What’s up?”
Some turtles pulled some shells, so I said “I’m stuck!”
Since these bucks peepin’ me I’ma glide and swerve
These Does lookin’ so hard they straight hit the curb
Onto bigger, better things than some thorny tricks
I see my homies and some blood suckas all in his mix

I’m gettin’ jacked, I’m breakin’ myself
I can’t believe they takin’ Gutchecks maps
They took my weight plats, they took my Garmin Watch
I looked at the brothers, said “Damn, what’s next?”
They got my homie hemmed up and they all around
Can’t none of them see him if they goin’ straight pound-for-pound
They wanna come up real quick before they start to clown
I best pull out my lamp and shine them bustas down
They got antlers to my head, I think I’m goin’ down
I can’t believe it’s happenin’ in my own town
If I had wings I would fly, let me contemplate
I glanced in the cut and I see my homie DropBox
Sixteen in the bladder and one in the hole
Rambling Wreck is about to make some bodies turn cold
Now they droppin’ and yellin’, it’s a tad bit late
Glamor Shots  and Bonilla had to regulate

I laid all them bustas down, I let my ruck explode
Now I’m switchin’ my mind back into freak mode
If you want bambie, sit back and observe
I just left a gang of does over there on the curb
Now, Gutcheck got the freaks and that’s a known fact
Before I got jacked I was on the same track
Back up, back up, ’cause it’s on
G G R D and me, the Bo to the nilla
Just like I thought, they were in the same spot
In need of some desperate help
But Rucker child
Were in need of somethin’ else
One of them dames was sexy as hell
I said, “Ooh, I like your size!”
She said, “My car’s broke down and you seem real nice
Wants some WAFFLE HOUSE?”
I got a car full of deers and it’s goin’ real swell