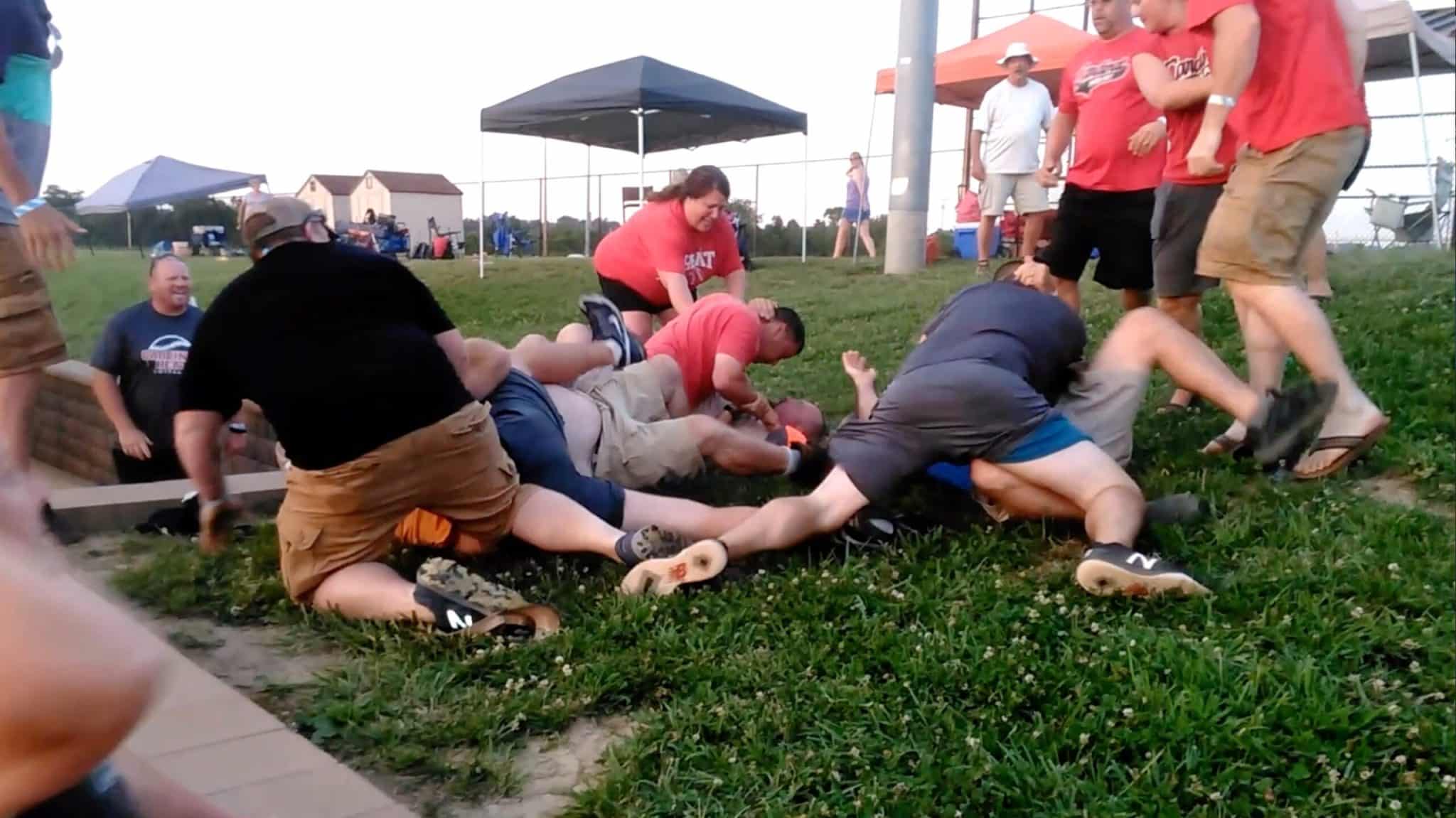 INTRO:
With a little chill in the air, it was great to be back out in morning gloom at Veteran’s Park. We had a large group of ruckers and runners for the Pre-Game activities, so it was time to get ready for the main event.

WARM-O-RAMA:
We did a long mosey, counter clockwise on the track, down to the turf field, circled-up, and did the following:

THE THANG:
About this time, the little league football teams and parents starting arriving for their 8am football game. We then moseyed to the goal line and did the following:

We now had the football player making wagers on who was going to get back the goal line first, then things got “weird”. Next, the player’s Moms started cheering on Red Hat and the Dads cheering on Z93. The synchronized chants of “Let’s Go Z!!” by the Dads was really awesome. When Pop-up was hit by some dude’s underwear, I knew we had to leave. It was distracting the PAX, so YHC called an audible and we had to leave the field!

We got back on the track, ran to the Skate Park parking lot, and did a Cooper with 13 rounds of Squats, BBS, and Merkins! With little time left, we ran to the flag, did a few minutes of Mary and finished up!

We discussed upcoming events. We also asked for prayers for those affected by the Storms and Fires. Prayers for our leaders, teachers and community as well as those on the DL.
NAKED-MOLE SKIN:
Great time this morning with the red glow on the football field from the scoreboard, the football players watching us as if we were crazy, and all the new faces at THL. There were not many regulars at the beatdown, but a large group from other AOs and some Alpha PAX. The cooler weather was nice as well! I know now one reads these, but I really hope Red Hat and Z93 do! Great time, as always, at The Hurt Locker! Rest Stop out!