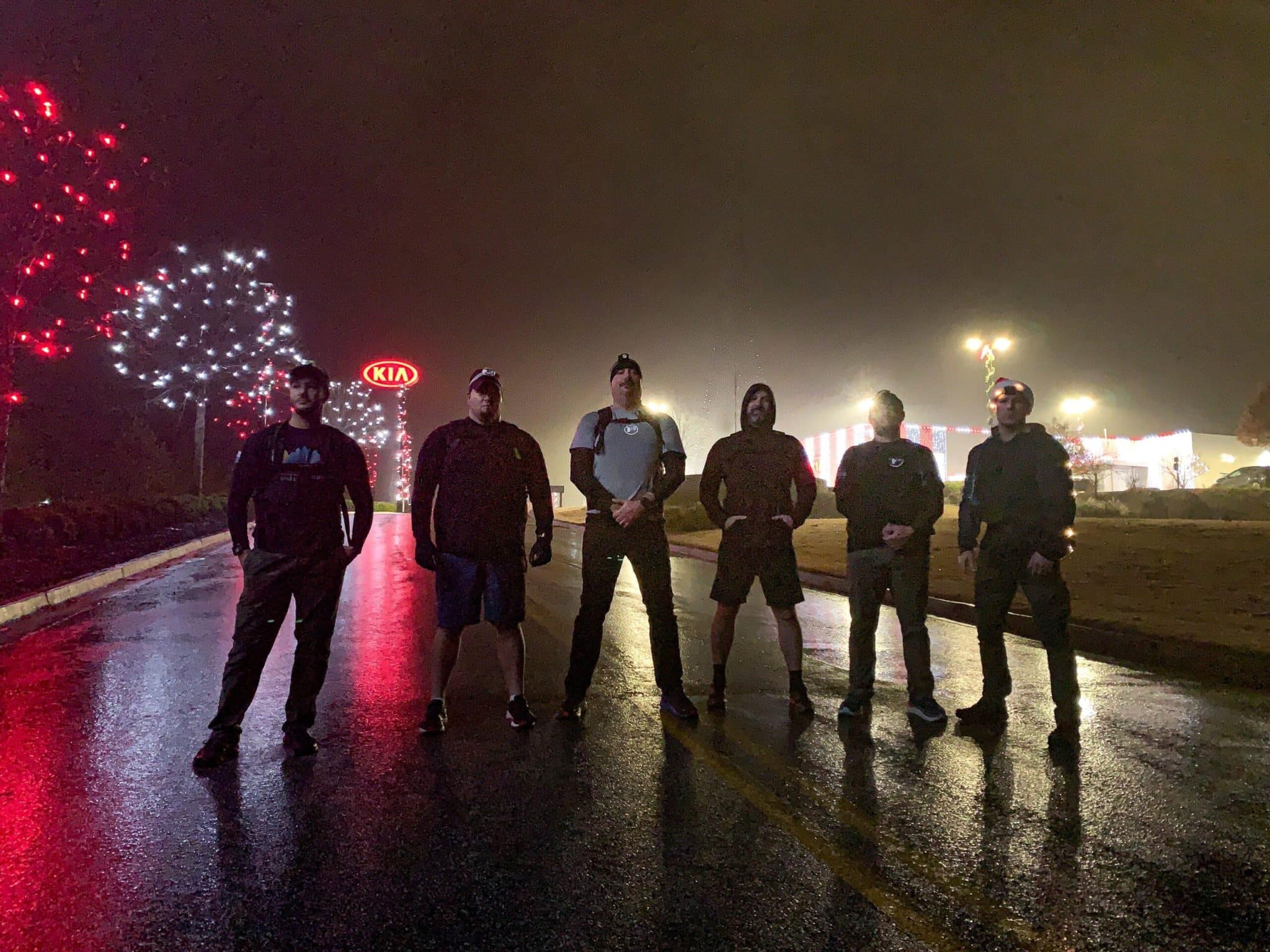 Departing from DTW (amphitheater), we headed towards the Outlets via Rope Mill.  Once at the Outlets, we made our way through the parking lot to Olde Rope Mill Road.  It is a super fancy road, so they added an ‘e’ to Old.  At this point YHC realized one of the PAX had an ankle injury and suggested we share the load of his ruck on the return trip.  (Seeing photos of Tinfoil’s ankle later, we should have carried him back also!)

We carried on and soon the lights beckoned us!  We arrived at a car dealership, that shall not be named as they are not gold level sponsors of F3, setup the tripod and took a cheerful Christmas photo.  (Thanks Exile.)

We returned the way we came, having deep conversations and discussing facts about Applebee’s.  YHC had no idea it was designed by Russians.

Arriving a few minutes late to our starting point, we did a speed round COT and then joined fellow PAX of The Clinic for some 2F and amazing coffeteria!