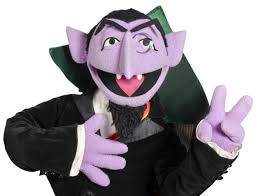 Well, to say the motivation to post after Hillseeker is at an all time low would be an understatement.  The mental and physical toll that weekend took was unspeakably draining coming from someone who only started running when the pandemic locked everything down last March.  What better way to get back out there than to get a Q in at the Cherokee Mothership.

Started off with a mini Slaughter Starter to get everyone off their game, 10 Burpees as soon as 0530 hit (Wiggum conveniently showed up as soon as we were finished. Let us know when you knock em out!).  Quick mosey to the back parking lot of the middle school for some SSH, Weedpickers, and Windmills.

Feeling PAX were getting a little spoiled with YHC doing all the counts it was time to put them on their own counting for a round of 11’s on the side of the high school.  Exercises were Mike Tyson’s on the curb then Donkey Kicks on the outside wall.  55 total of each.

To run the clock out PAX would Indian Run to the bus drop-off in the back of the high school with the last PAX doing 3 Burpees before running to the front.  YHC could feel the dysfunction in the group all morning but it was fully on display as the Indian Run kicked off.  Starting off with Homeboys pace to Swisher and Legionnaire thinking clothes were optional to Escort dressing like it was 20 degrees out.  YHC didn’t make a promise of no Bear Crawls or Crab Walks on slack but did say they weren’t on the menu this morning, to start.  Before an all out mutiny occurred an audible was called for alternating Bear Crawls and Crab Walks every 2 bus lane spaces commonly referred to as the Apple Turnover.  As Homeboy was beginning to explain their is no ROI for Bear Crawls and so the other PAX didn’t have to listen to it anymore time was called to head back to the flag.

Prayers for Escort on a follow up after his job interview

Prayers for Hombre (apparently the kiddie gloves are supposed to be coming off, just what I heard)

Always a pleasure to lead.  Needed it now more than ever to get back in the swing of things.  Got another one coming up this Saturday at The Hurt Locker for anyone looking for a good time.  Let the dirty jokes fly.