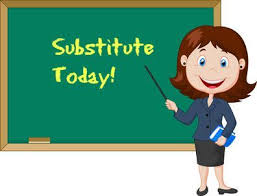 Mosey to bus lane side of school. Circle up for some SSH, Windmills, Weed Pickers, Sun Gods and Michael Phelps.

3 different exercises, with 3 sets of each exercise, 30 reps per set. Take a lap in between each set.

Mosey down to the grass next to bus lane #1.

Return to the grass and lay down 3 burpees.

Return to the grass and lay down 3 burpees.

Prayers for One Scoop and his family. His sister died the following Sunday so we continue to lift them up.

Duggar’s world tour continues, but the Friday only AOs have been cleared which allows for his return to Friday Crossroads on a full time basis. Lively was aware of this development and when faced with a Q shortage reached out to Duggar who obliged like a true HIM should. Duggar was rather intimidated upon his arrival seeing the group of extraordinary HIMs in attendance, including the often intimidating Bloodhound. Curse words were uttered.

Nevertheless Duggar introduced himself to Freon, said hey to the folks gathered and then began the beatdown on time because THAT is what we do.  Pelosi and Olan Mills paced the group as our gazelles. Then Misty, Yogi, and Bloodhound formed the next group. Aquaman may or may not have been in that group too. The memory gets hazy when you let too much time elapse between the beatdown and the back blast. I’m certain that Freon and Duggar were at the back of the pack. Sally Ride was doing a HIM thing by supporting the six.

The bus lanes were better because with so much movement there wasn’t really an opportunity for groups to form. Each man moved at his own pace and we stayed close together just by virtue of the exercise. Duggar intelligently selected just 3 reps of burpees because even he can do 3 burpees correctly. Unless Bloodhound isn’t paying attention, and then it might only be 2.

Called time on the bus lanes. As I recall Pelosi was able to make it to bus lane 16 which was pretty impressive given how little time was allocated to the routine.
Returning to the flag at 6:14 allowed Misty to call 1 minute of Crunchy Frogs which honestly was probably the most difficult exercise of the day, in Duggar’s opinion.

Duggar thoroughly enjoyed seeing everyone. It’s be awesome meeting so many new PAX on the world tour, but I really miss the guys I’ve grown close to at these Northern AOs. Can’t wait to wrap up the tour and get back to sweating and complaining with you fine men!