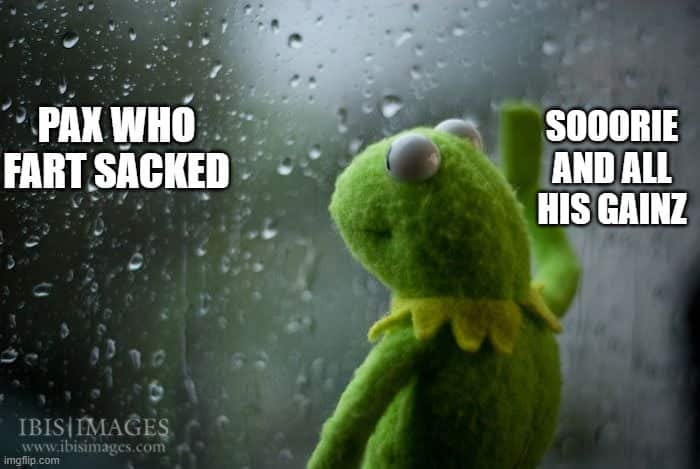 Tis was the earliest of glooms.  Thunder, lighting, and rain poured over the silent night of Cherokee county.  As preparedness is critical, Sooorie woke to the texts of his fear less site Q- Snot Rocket.  Preparing for water/lighting/and fart sacking the two devised a plan to ensure the safety of pax, while upholding our principles.

Using the magic of the internet, we found that the storm was passing, leaving rain and no shine.  This was acceptable, and we proceeded to venture to the Apex to accelerate with our fellow PAX.

A causal mosey followed by the classics, and an uncomfortably longer than usual arm circles.  We found some conveniently placed cinder blocks with F3 logos (The sky Q provides!) and returned to the COT.

Yes it was raining, and no pax cried or complained.  It was good to share the gloom with these PAX.

Then 2 more rounds of:

We returned the coupons for their purpose was fulfilled, and left for future pax to accelerate.

Started Pray with being thankful for the men next to us, and for the spoken/unspoken prayers.  As always- we prayed for strength to carry our burdens and not a lighter load.

Speed for Need is looking for leaders for November 12th, our last race of the year!

Prayers for Python and his ever deteriorating body, and Snot Rocket as he ventures forth out of state to lead his concentrica into unknown territory.