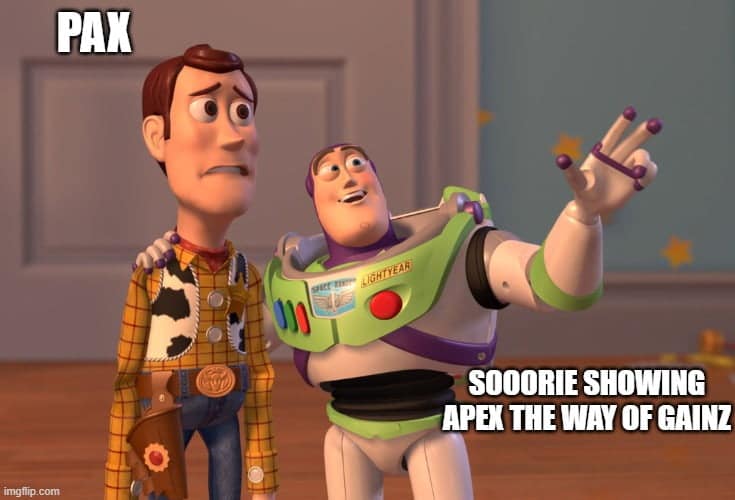 Tis was the earliest of glooms.  It would be hours before the sun would kiss the earth.  The wind was brisk, and the ground was covered in frost.  Upon the morning Gloom- Sooorie set forth to deliver upon a promise of gainz for the PAX who would show up to receive it.

A causal mosey followed by the classics, and an uncomfortably longer than usual arm circles.  We found some conveniently placed cinder blocks with F3 logos (The sky Q provides!) and returned to the COT.

Flying M’s- With feet planted on the wall, and hands in the upright Merkin position on top of the coupon, the PAX would complete 1 merkin.  Sooorie made this up last night in his evil cave of gainz.  It was beautiful.  Scaling was encouraged if necessary.

We are not worthy’s- cinder block in hands resting at the down position at the hips.  With arms straight the pax would lift cinder block until it was upright overhead.  They would then lower the cinderblock down to their hips.  That is 1 rep.

I was at this particular juncture that in Python’s delusionary state of gainz that he picked up Sooories cinderblock.  Realizing that Sooorie’s block was lighter than his!

SOOORIE WAS A FRAUD- an unknowingly Fraud, but a FRAUD none the less. Shortly after, we then found out that PYTHON WAS A FRAUD AS WELL.  The only pax with the heavies cinderblock was CANOE!

All the rest took a moment to weep in shame, and continued with their light blocks.

After- we completed 2 400ish meter runs.  Focusing on stride length, and a hard pace.  TIS WAS GOOD.

After returning the blocks home- a Mosey to the COT.

We discussed the two speed for need Races coming in November and the need for men to participate, Sooorie’s friend’s baby (Gunnar) who was born early with heart complications, Exile, Snot rocket and other pax traveling, and Coffee.