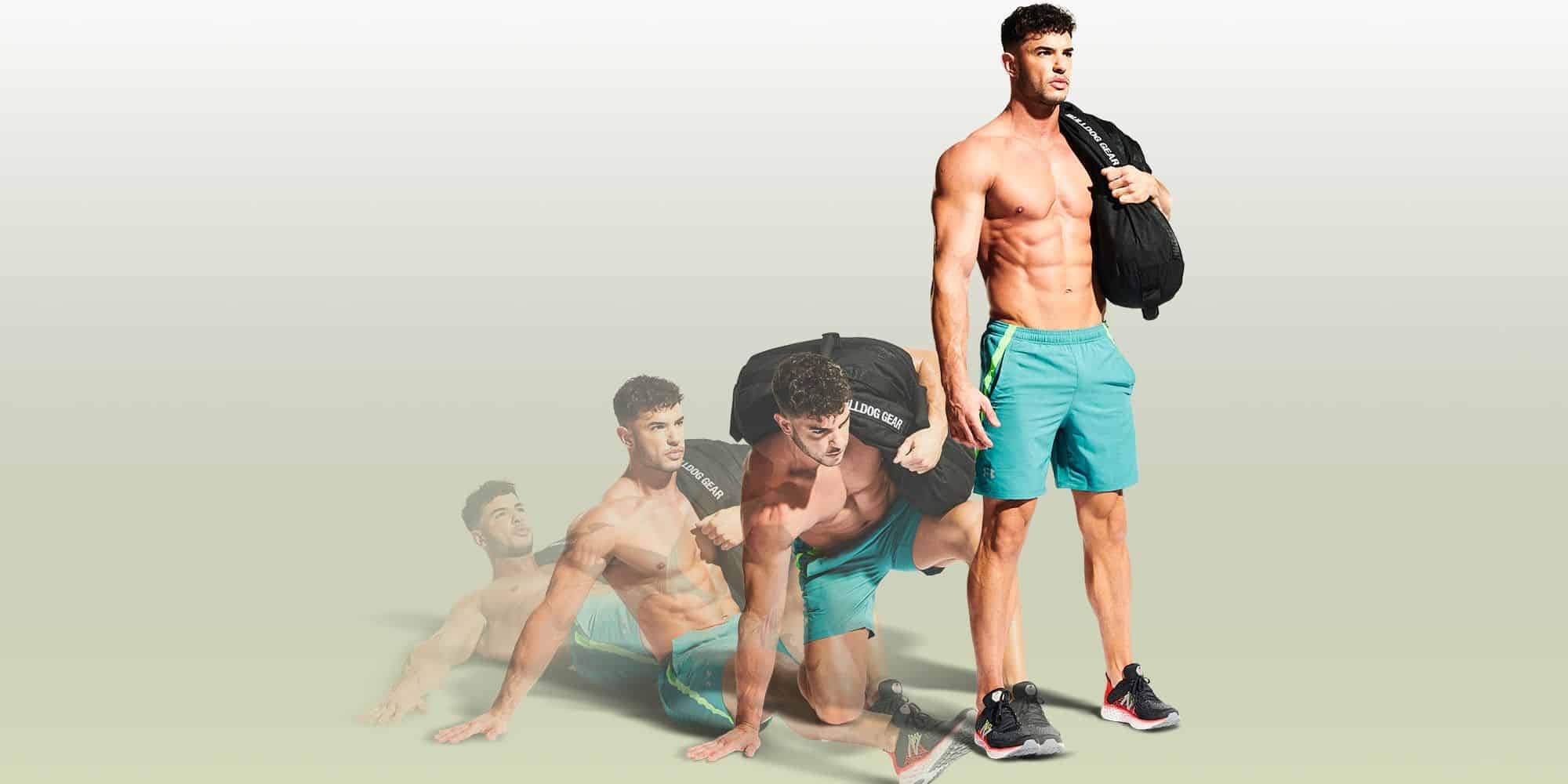 Round two of TNSHJ, the not so happy jack, featuring prominently GoRuck or alternative sandbags, after which we all naturally resembled the man in the picture attached to this backblast.  This one proved to be much harder than imagined, and yet all each HIM had to do was just get up off his rear.

Mosey around the LAX fields and past Cody’s pond then around the goal posts back to pick up the sandbags at the flag, a little warm-o-rama SSH, good mornings, and weed pickers, and back to the football field.

Spread out along the goal line and partner up.  One partner runs a lap (the giddyup) around the soccer field markings (the red lines; side note, it is an absolute travesty that soccer is often played and crammed into a football field and not at proper dimensions/widths), while the other commences a set of four exercises sure to bring the pain, and such pain to be enjoyed and nursed with one’s friendly and cuddly sandbag.

50 Get-ups (on your back, with the sandbag across your chest, then get up; get down, repeat)
50 lift-thrusts with the bag
50 throws from goal line to five yard line and back (each toss is a rep)
50 squats with the bag (across the shoulders)

Each HIM kept his own count, and upon return of each partner from his lap, there was a tax of 5 burpees conducted together.

The Get-ups were unexpectedly and brutally difficult, and frankly ate up most of the clock.  Your QIC modified the run two or three times, first reducing it to down and back on the football grid after several rounds, and then eliminating it as the clock was counting down altogether to focus on the reps, in which case the 5 burpees were conducted after 25 rep counts.  All said and done, however, over 2 miles completed and a lot of core work on the get-ups.

Prayers for Duggar, and for our nation.