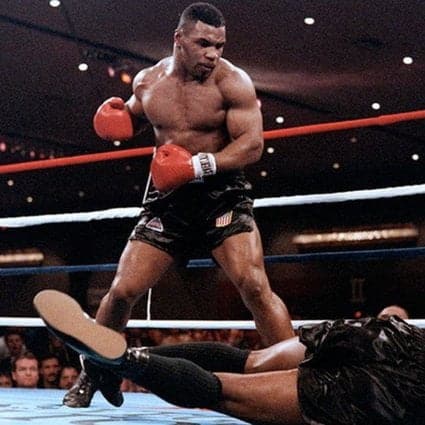 “Everybody has a plan until they get punched in the mouth.” Mike Tyson

There was some confusion at the start due to the 5k event being held at the AO flag location, but after a mile or so of running around like chickens with our heads cut off, we finally united and began the beatdown across the river at Heritage Park adjacent to the mounds. I let that exercise in futility stand as the warmorama.

The goal this month at Ronin is 100 burpees over the course of the beatdown, and YHC wanted to make sure the goal was met and exceeded. This is the second Q in a row that I’ve used Goruck Cadre JC’s Burpee Challenge. What can I say, I’m a glutton for punishment.

My initial plan was to put us in the river to kick off the burpstravaganza but due to the disruption at the outset we had to adapt and overcome. I was able to find a stagnant slimy puddle to grab the first 10 burpees in. BP and Z modified to drier land while SC and I embraced the brutality.

BP knocked his burpees out like a well oiled machine while the mere mortals of the group (everyone not named Brad Pitt) knocked out our burpees flopping and gasping like fish out of water.

After we were done with 150 burpees and two miles we mosied over to the new workout station at Heritage Park. The Roninites will have fun devising new ways to torture PAX on the devices there. We did some inverted rows and incline Merkins on the rings, decline Merkins on the block thingies, some torso raises on the situp stations, some regular bbs, and maybe one or two other things that yhc doesn’t remember.

Time expired. We mentioned Biebs and Panhandle’s families in the CoT, dealing with RSV and Covid respectively, and prayed to close.

It was a small but intimate group and as always yhc was honored to have the privilege to lead!