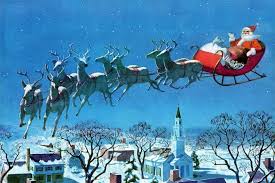 Warm-o-rama: 9 of everything for Santa’s 9 reindeer of course.

A different exercise associated with each reindeer. Do each exercise 9 times.

Rudolph = Each PAX took a turn being Rudolph. He would lead us in a mossie and tell the group his favorite Christmas story/Tradition

Goal was to make it through this 9 times….we got through 4.

Q’s favorite Christmas tradition was saved for COT. His family always does scratch-off lottery tickets on Christmas Eve so he brought some for each PAX. G-String won $3 & Coach Twilight won $15.

Many prayer requests, mostly summed up in keeping family safe during this holiday season & praying for other Cherokee PAX who posted prayer request in Slack.