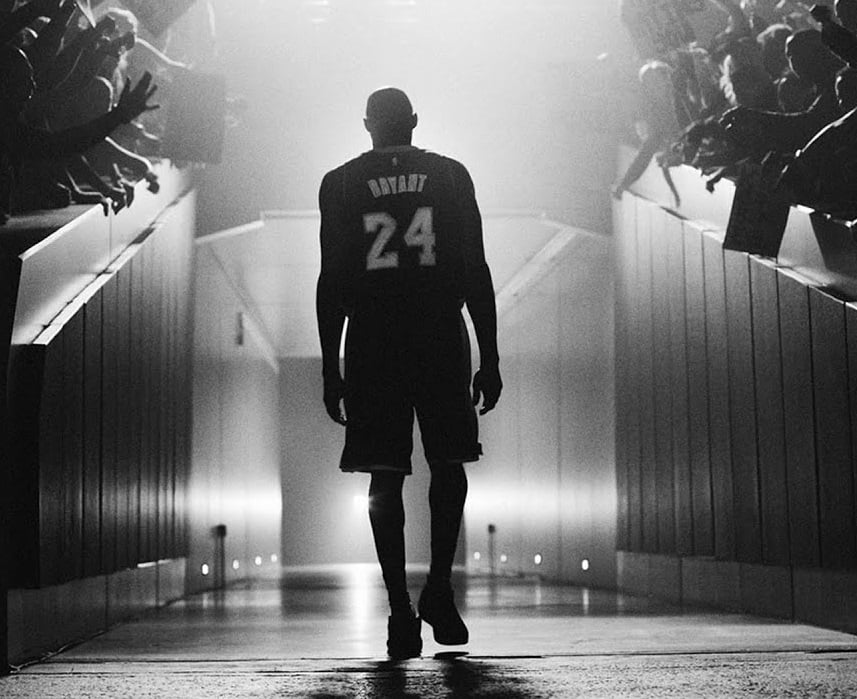 Kobe Bean Bryant was many things.  To us, he was a basketball player, a champion, an Oscar Award winner, a celebrity, a superstar.  But to Vanessa, Natalia, Gianna, Bianka, and Capri he was much much more than that.

Partner carry around front loop (for Championship #1.  After their first championship Kobe jumped into Shaq’s arms.  Also, championships aren’t won without teamwork and working together)

60 – Merkins (Kobe scored 60 points in his last game in 2016
81 – American Hammers (Kobe scored 81 points – 2nd most in NBA history – in a game against Toronto)
26 – Mountain Climbers in cadence (Kobe had 26 fifty point games…. also 6 sixty point games… and 134 forty point games.)
41 – Big boy situps  (Kobe lived 41 years)
13 – Alternating partner KB swings and burpees (a Buff favorite)  (This one is for Gianna.  Kobe’s daughter lived 13 years before the helicopter accident on Sunday)  PAX were encouraged to think of their 2.0s during this difficult exercise

Running out of time

QIC shared from Psalm 90.  “Teach us to number our days aright, that we may gain a heart of wisdom.”
No one is guaranteed anything.  It is a gift.  Living with the humility of numbering our days aright allows us to have and live with wisdom.
Announcements for The Mole speaking and sharing at Friday breakfast at Family Traditions.
Also announcement for ManCamp at Dory’s place in Rebecca, GA.  Contact Dory or Alcoa to HC.

As everyone has heard by now, Kobe Bryant died on Sunday morning in a helicopter accident.  Among the other passengers were three teenage girls on their way to play a basketball game.
YHC lost a friend in our teenage years to cancer.  Learning young that nothing is guaranteed.
Hug your little 2.0’s and snuggle them.  Hug your older 2.0’s and tell them that you are proud of them.  Make every effort to SHOW your M that you love her and you cherish her and you honor her.  Light up her life with your adoration and praise and love.  You truly never know if it will be the last time she ever hears those words from your lips.
Kobe Bryant is famous for his “Mamba Mentality”.  He articulates this as a way of life.  Not an attitude.  Not a regimen.  A way of life.  The Mamba Mentality just means to “get better every day”.  At whatever you are pursuing.  Maybe that’s relationally.  Maybe that’s professionally.  Maybe that’s physically.  Pursue GETTING BETTER.  Not arriving at a destination.  Not achieving something.  Simply getting better.
What do you want to get better at?