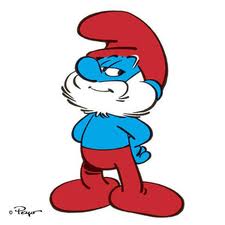 YHC thought he was being original when working on this beatdown but was informed it’s all been done before and it’s called a Smurf.

The Thang was a pyramid style workout. We start with a one mile run. Then go with one pull up, two push ups, three squats. next rep 2 pull ups, 4 push ups, 6 squats etc… continue this cycle to 5 pull ups and work your way back down to one pull up. Run another mile and repeat the pyramid. Saluki and Brad Pitt once again crush the course and add additional work on the end. Wax On did it with a 20lb vest. Congrats to all. it was a pleasure working through the gloom with you Gentlemen.

Today we honor the memory of SFC Javier Guierrez and SFC Antonio Rodriguez. The two most recent service members to have lost their lives KIA in service of our country on February  8, 2020 in Nangarhar Province of Afghanistan.

Army Sergeant First Class Javier Guttierrez was 28 years old. Assigned to the 3rd Battalion 7th Special Forces Group. He enlisted in 2009 fresh our of high school at the age of 18. He started his career with the 75th Rangers Regiment. In 2015 he completed the Special Forces Selection and Assessment and was deployed 8 times.

Sgt. 1st Class Antonio R. Rodriguez was 28 years old. He died February 8, 2020, from wounds sustained during combat operations
in Nangarhar Province, Afghanistan. He graduated from high school in 2009. He enlisted in the U.S. Army, October
13, 2009, and attended One Station Unit Training at Fort Benning, Georgia. After completing OSUT he attended the Basic Airborne Course and the Ranger Assessment and Selection Program. He was then assigned to the 3rd Ranger Battalion, 75th Ranger Regiment. In June 2018 Rodriguez voluntarily re-classified as a Cryptologic Linguist (Spanish). Rodriguez deployed eight times with the 75th Ranger Regiment and twice with 3rd Battalion, 7th Special Forces Group (Airborne) in support
of Operation Freedom’s Sentinel.

It is because of men like this who sacrifice everything in defense of the United States that we sleep safe at night. 2,312 service members have lost their lives in Afghanistan. May God rest their souls.