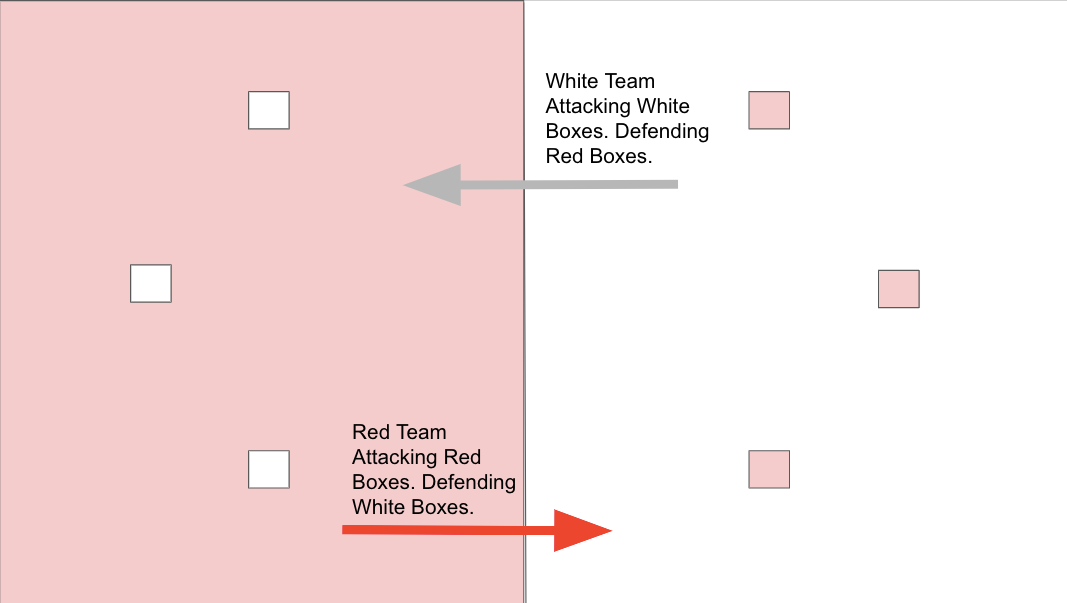 We had a great morning at the league.  Dowry made us a confusing game that included 7 discs and 6 endzones. It was confusing for the first couple of games but then we kinda settled in and played. Contrary to assumptions there wasn’t a ton of grumbling even though the new game rules. It was funny to watch where many times people had singular focus on a disc and unbeknownst to them, their teammate was trying to secretly (or not so secretly) get their attention with another disc.  The good-looking team jumped out to a big lead. Then not-so-good-looking team had a big run of their own and tied the game 6-6. They did this by wisely slowing the game down and hoarding the discs, trying to play one at a time.  I’m glad to report but @Jorts picked the good-looking team and his team edged out a 7-6 victory.

We then played the last 20 minutes of normal ultimate on the beautiful Veteran’s Turf.

Great playing all around by many people.

@Sunjoy caught fire in the game of ultimate.

@Yoyoma jumped into @posh on a @Westside like play.

@Scamper got the MVP for having a great game all around in his welcome back.

@Chazz had the mistake of the day and that was not bringing the cake his M made for us. Next time @Chazz

The League is the best way to start a Wednesday!