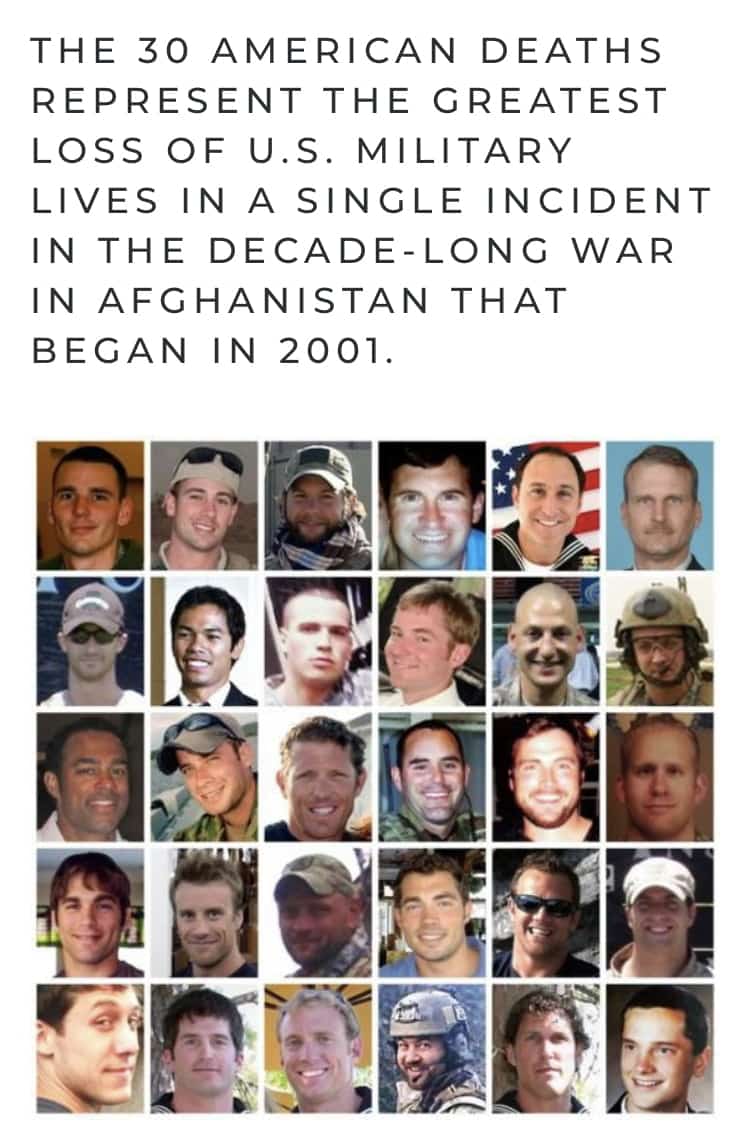 Today marks the 10 year anniversary of the shoot down of Extortion 17 outside Kabul, Afghanistan.

The mission has a mysterious backstory and history since the events, inspiring conspiracy theories but also honor for the lives lost. Navy SEALs aren’t supposed to fail.

Rucks on. Brief discussion of plan and goal of the ruck.

Part 1, Mission Prep: 3.1 Miles around the Dupree Park loop. Honored the 30 service members and 1 service dog lost that day.
Part 2, The Aftermath: like the mystery of that night, the PAX finished the ruck winding the nearby roads and hills seeking answers, understanding that for the loved ones of every soldier lost it’s a long, winding, and often lonely road.

Prayers for Biebs’ dad, Tooltime’s congregants at Passion City who have a newborn they can’t see because they have COVID, Rambling Wreck’s Nephew’s wife who is battling COVID while pregnant. Prayers for the resolve of our nation, that we show mercy where it’s not warranted and grace where it’s not deserved.

My appreciation for the men lost during Extortion 17 began when I got a “Monster’s Mystery Tee” from GORUCK for their Extortion 17 event a few years back. I didn’t do the event but figured I would learn about the mission to honor them. Recognizing it’s the 10 year anniversary I joined the Joggin’ For Frogmen virtual 5k/31 mile ruck this month. I appreciate our service members who sacrifice their comfort for ours, and sometimes their lives for ours.
Learn More:
https://www.brianbillfoundation.org/about-us/extortion-17/
https://www.jogginforfrogmen.com/extortion-17-memorial-run-ruck/
Join me for 31 ruck miles this month:
https://haku.ly/e2515c38