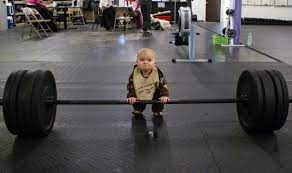 Ringpop, Peabody, and ChickenFight also made it out to the gloom this morning.

The leadership was angry this morning.  Probably a result of the end of the football season.

Cranky @Chubbs led two rounds of Ring of Fire.  The first 7 count RoF was planks and merkins.  No problem.  Even the wee little men seem to do just fine.  The second round was 6 inch heel lift followed by 7 count (3x) flutter kicks.  It was really tough and those of us that ate too much chili frito pie last night were filled with regret.

Putting the Ring of Fire trouble behind us, we paired up.  One partner ran to the light pole and back while the other did cumulative sets of 200 squats, BBSs, Mike Tysons, and Bonnie Blairs.  We finished at the flag with a couple of minutes of Mary and a 90 sprint of SSHs.

CoT Prayer requests: Blowpop’s buddy and wisdom in marriages for everyone.