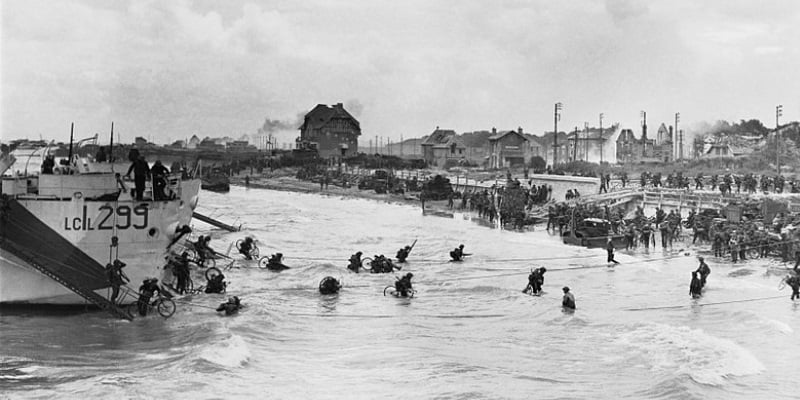 Last week was an homage to Weird Al. Had to get serious this week as today is D-Day. The best estimation is that 4400 men died during this battle. It is time to honor them.

Prayers for our nation and its leaders.  Prayers for F3 brothers and families.

It was a hot one at WT. A lot of sweat was produced, a lot of calories were burned, and 5 men became stronger as a result.

Criss Cross- showed up late, thought he picked Woodshed, wondered why we were doing so much running. He was forbidden to leave WarTowne even after he realized his mistake. He also farted A LOT and tried to blame it on sweat and the ground or some other BS.

Dump Truck- this guy has a house full of estrogen, so he thrives on getting out in the gloom to bond with some dudes. YHC knows the feeling. Every human and animal in the house are female except for me.

Mall Cop- he and Dump Truck felt bad for YHC because it was only going to be me and Twinkle Toes for the BD because everyone wanted to go to The Woodshed for some reason even though the Q showed up late. Maybe they thought it was like that mythical rule in school that said that you could leave class if the teacher didn’t show up after 10 minutes of class. Either way, YHC will take the pity posts. Mall Cop crushed the BD and was running almost 8 minute mile paces for the laps.

Twinkle Toes- two weeks in a row that TT has made the wise decision to post at WarTowne. He is a wise man. He was hoping for music this week. No such luck. Only pain.