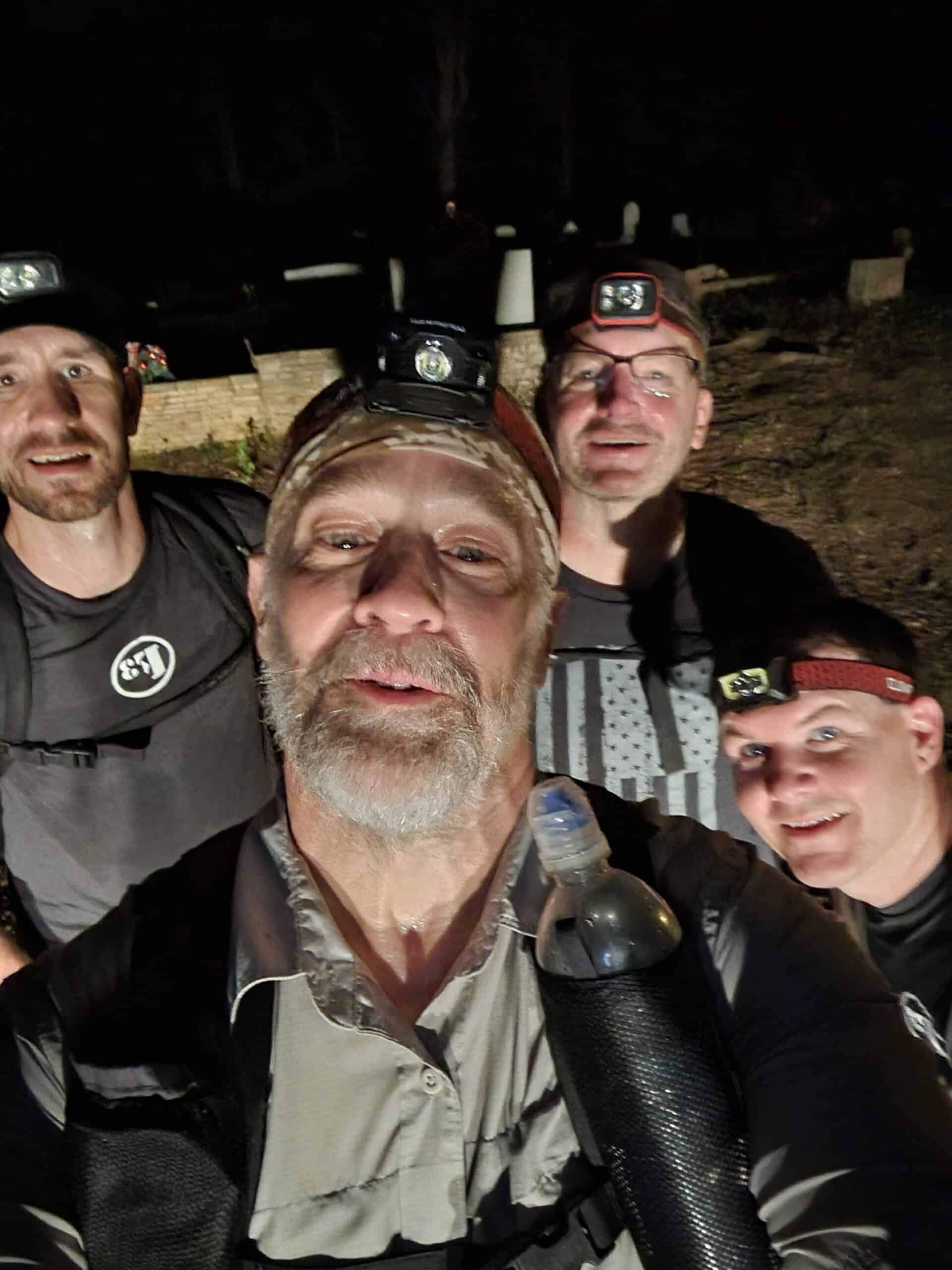 M2M and YHC wanted to complete the route that Bloodhound had the Redline PAX running last Sunday so we scheduled it for a WNS ruck. Getting HC’s was akin to getting blood out of a rock and not without drama but we did get one from Rambling Wreck and Hass showed up at the last minute unannounced and unexpected but welcomed nonetheless.

We rucked the loop as planned, starting half an hour earlier than normal and needing all of the time to complete the ruck. There were a couple of times we had trouble picking up the trail but we persevered and got it done. YHC brought his 4.0 MoJo to keep us company and MoJo rucked slick.

We concluded with a CoT and M2M prayed us out. Then it was home for a quick shower and bedtime!

NMM: It was a great night to be out doing the hard thing, long after YHC’s customary bedtime which typically begins shortly after 2000 hours most evenings. We all agreed that there was no way in hades that any of us would have been out at that time solo but being with your brothers makes the improbable a reality.