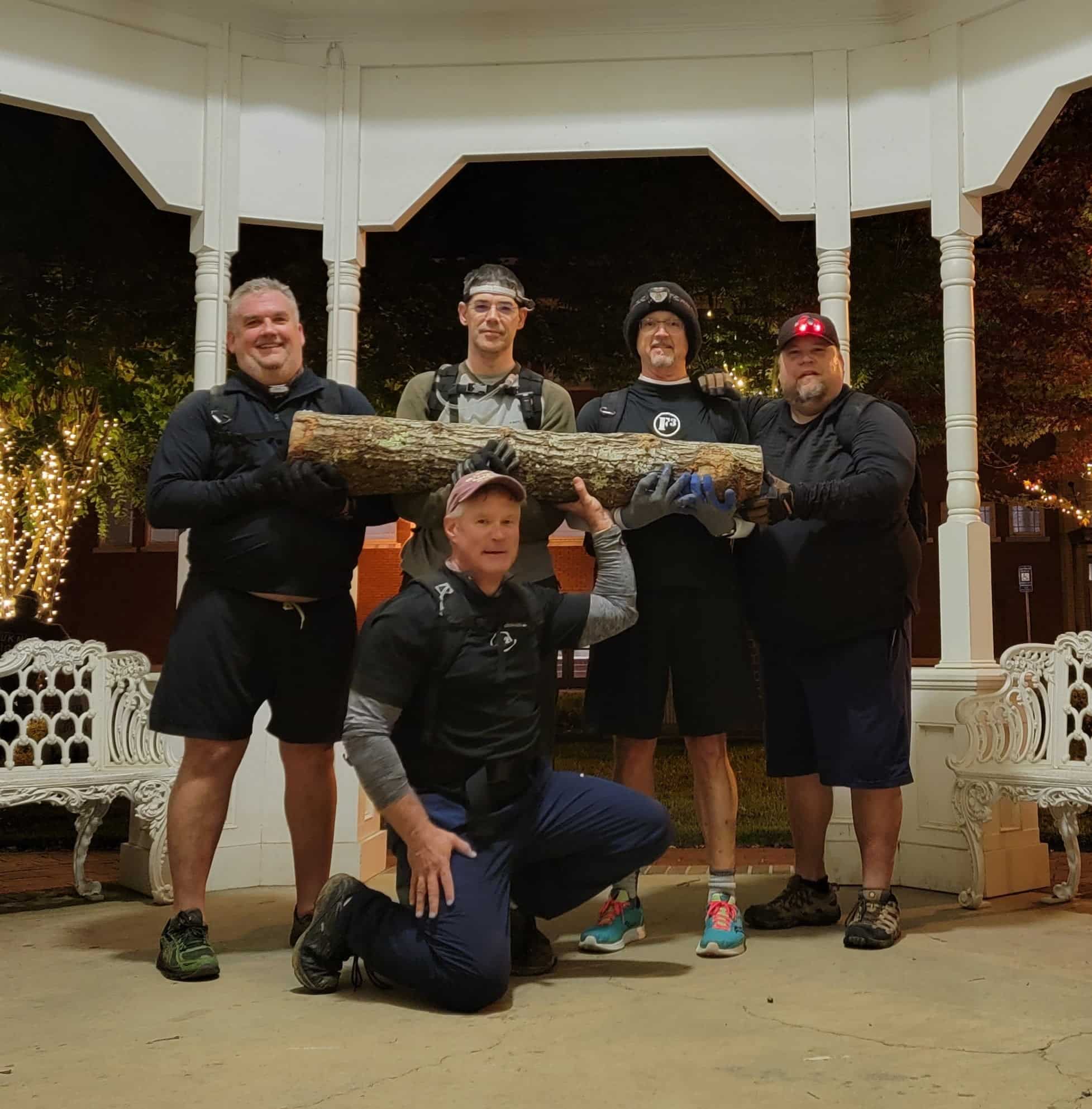 So, having just agreed to Q this Thang last night, I scrambled to think of what to do with the Logs, still in back of my truck, from the previous day’s BD.   Me and my little 4 ft friend arrived early this morning to decide just where said friend would be toted around, in addition to our Rucks.

We started out with a brief mosey around the Canton Square, followed by a warmup of squats and imperial walkers.

Then we moved on to a ‘bucket brigade’ up one side and back the other of the parking lot next to us.  We did this 7 times.  During that fun, I discovered that @Short Circuit had only showed up because the though @Twiggy would be there.  Waaaaaahhhhhhhh.  Unfortunately @Twiggy has to play golf later today, and couldn’t make a morning ruck because of it.  (I’ll leave this one to you guys to interpret 🙂 )

We then embarked on a 1 mile hike down to Brown Park over to the Mill, and back to the Square, handing our little friend around like a hot potato.  Each PAX contributed to the toting of the log.   We arrived back at the starting point at the 45 minute mark, dropped off our little friend, at which point I started off on a 15 min walk to finish up the BD.   I was promptly informed (won’t mention any names…… @Chops) that “I F’ing started this thing, and it’s 45 minutes”. :).   Based on that feedback, we returned to our starting point, arriving somewhere between 45 and 60 minutes.

All in all, we all agreed that our “little” friend may be little, but is by no means “lite” and that this morning SUCKED.

Completed count and name-o-rama, then COT.  Mistakenly recorded 10 minutes of conversation after name-0-rama and the information has been scrubbed, deleted, and will never be admitted to by any of the PAX present. 🙂

We need to pray for the children in the world, and all the challenges they’re facing. Also pray for @Short Circuit and @PaperJam specific requests.