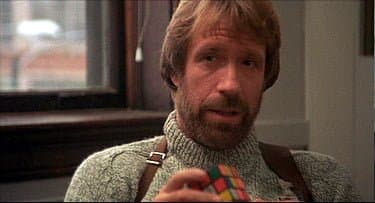 Earlier in the week, Drumstick called and asked if YHC wanted to lead the “Breakfast Club”–The super exclusive group of men who work out at Family Traditions before the Monthly 3rd F breakfast. YHC gleefully responded YES, and pulled an old favorite out of the pocket for the PAX–The Columbian Necktie.

With maximum Slack marketing, YHC was primed to have half of F3 Cherokee there. This is a perfect beatdown for max PAX. But a simple Google Search of Columbian Necktie brings up the actual Colombian mafia’s criminal activity and a Chuck Norris clip from Code of Silence where he’s offered a columbian necktie, which he cooly state, “I’ll take that right now.”

Neither is as awful as this.

Mosey to the LOOOONG driveway of the Church next to Family Traditions. YHC has placed cones at 10-ISH yard increments down the driveway.

Long mosey back to the baseball diamond YHC set up in the parking LOT.

Deck of cards baseball, when you’ve already got your Columbian Bowtie is terrible. But the beauty of the cards is the PAX always win. Especially when TwinkleToes pulled the Grand Slam Card.

TwinkleToes is a solid HIM and a beast. He worked super hard–as evidenced by the fact he was still sweating at breakfast! I feel like with this workout, I finally beat Brad Pitt. It was fun to slow him down for a workout where all the PAX stayed together the whole time! I LOVE the way he challenges the PAX!