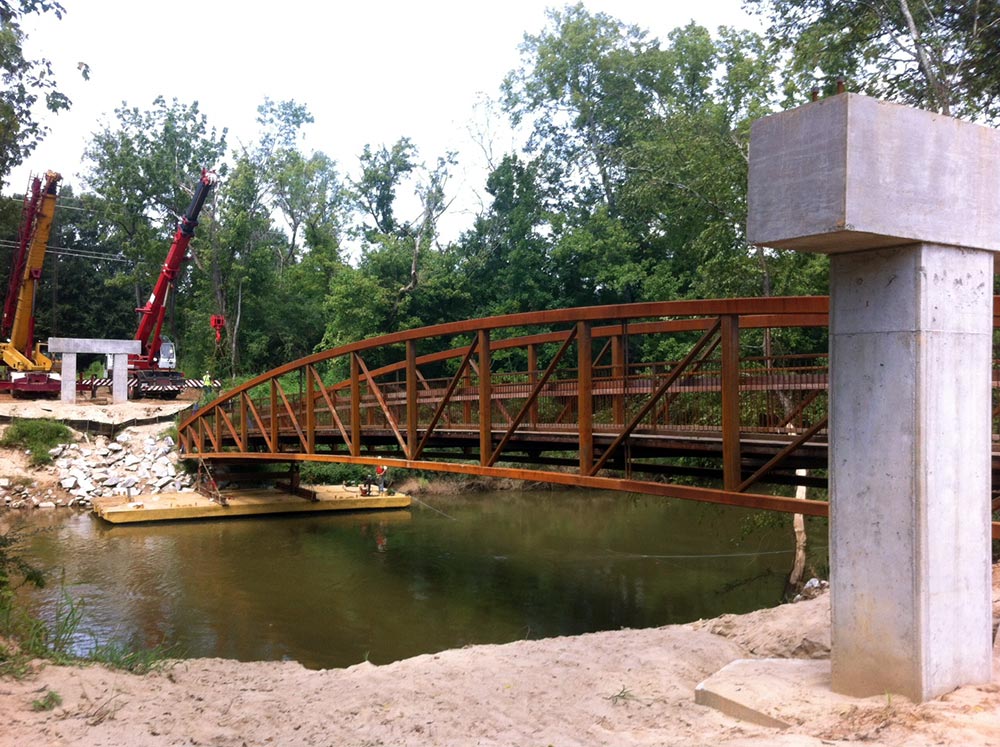 I should have known from the beginning that this WNS wasn’t going to go as planned.  As we drew nearer to the night, all our regulars seemed to have something else going on.  Each one bailed one by one. Don’t get me wrong, they all love to ruck, they just had better things to do.   When the night came, three hard core ruckers showed up to brave the cold and endure some pain. Startex was the Canton BestBuy and the plan was to make our way to the Etowah River Park to perform the Rucks on Parade December Challenge. As we entered the park it occurred to me that my Man Bonilla may not be able to perform the series of exercises I had in store. Well YHC quickly tossed out that plan and decided we would just complete a 6 mile loop across the bridge, through Heritage park, up to through downtown Canton and back to the Bestbuy.  But that wasn’t to be either. Turns out the info YHC received on the bridge being open, was a lie. Well not really, just a pax that was misinformed. Plan C: wander through the industrial park exploring places that we probably weren’t supposed to go.  Having explored all the areas of the industrial park and Rambling Wreck mentioning he was going to a beat down the next morning, we decided to end our WNS a bit early to allow everybody to attend the WaHo 2nd F.  But not without a little PT. YHC had brought 3 pain buckets just in case we had a few extra pax show up.   Seeing as I had brought them, I figured we had to use them. To finish up the ruck we suitcase carried them for the length of the parking lot and back.  Ruck over.