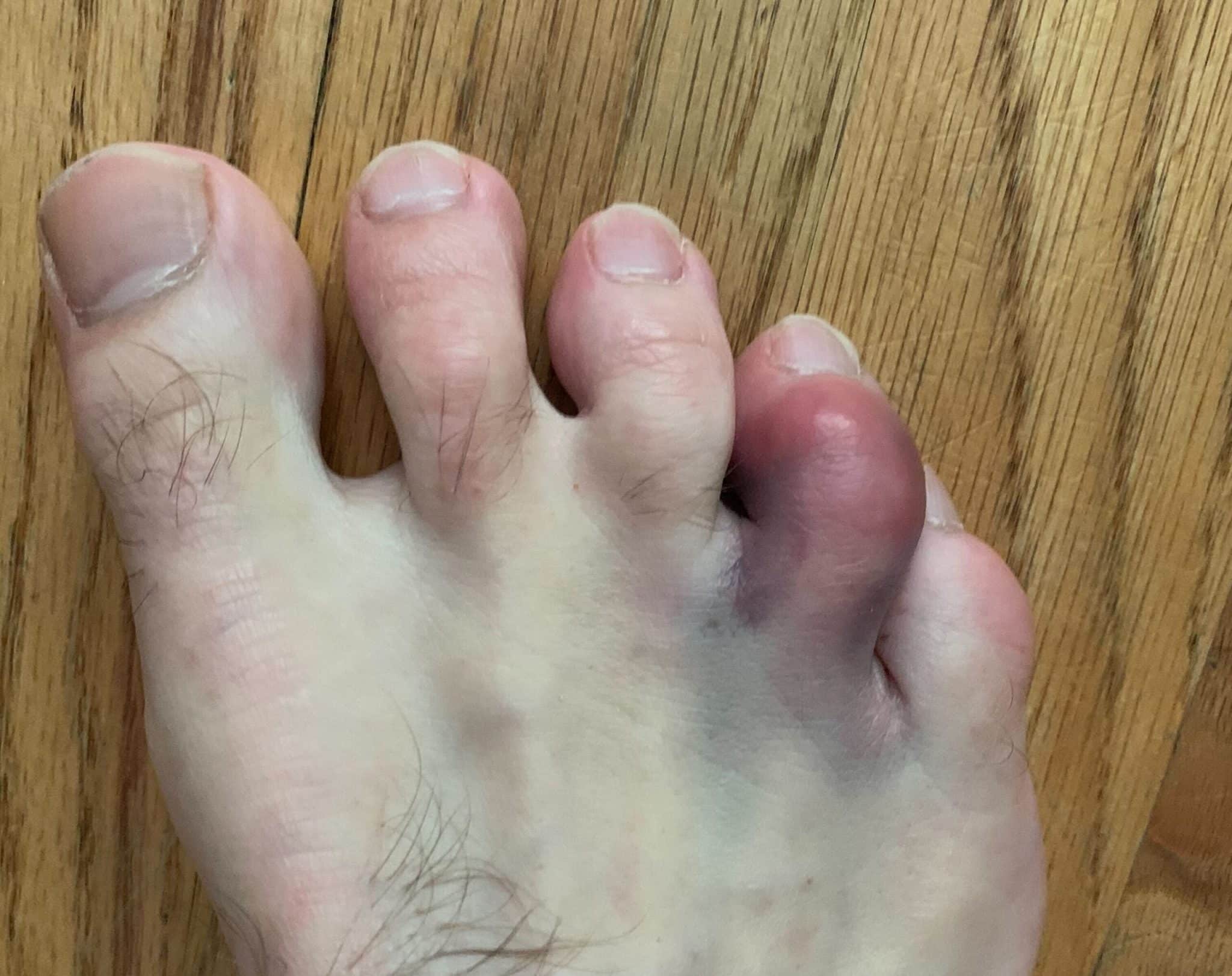 Started out with a quick warmup (SSHs, Weedpickers, Tubleweeds, Michael Phelps, Sun gods) followed by a mosey around to the darkness of the playground behind the school.

As demonstrated in the attached picture, Woody showed us that even injured, a HIM still pushes through to complete the BD!!

Once around back we began the first of 2 planned Doras.  The ‘sprint’ would consist of tying a slap strap around your waist and bear crawling up a hill pulling your and your partner’s dumbbells.

The first exercises were:

50 Merkins (upon which I realized that the fact that these amazing men were blowing through them faster than I anticipated, so I modified the # of reps for the next 2 exercises back to normal Dora numbers)

I had planned for everyone to take a lap around the school after the first Dora, but Slum lord was the only one to do so.  For some reason the rest of us got caught up in the transition to the 2nd set of Doras. I’m sure it had nothing to do with the 300 Monkey humpers 🙂

We then transitioned to the swing sets for the second round of Doras.  The ‘sprint’ remained the same, but the exercises changed to:

Somewhere during the Squats portion of the Dora we ran out of time.  Maybe I should have left the reps at 1/2 Dora when trying to complete 2 Doras.  Who knew?

We mosey’ed back to the Flag for a COT.

Prayers for health, careers, and more HIM’ness for all were raised!!