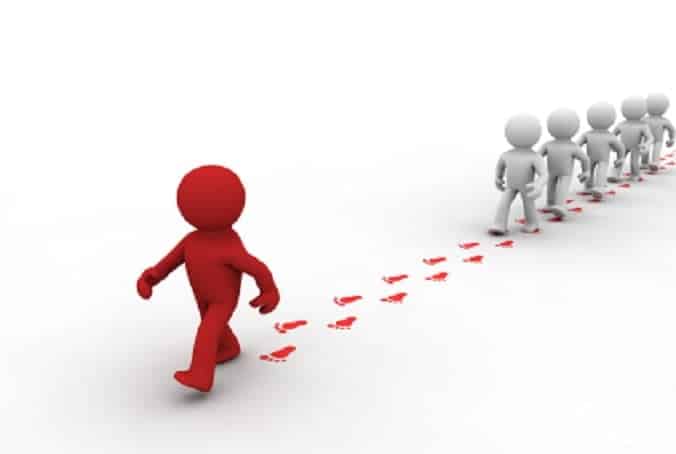 The Warmup:
A longish mosey, looping from the flag, around the rock and all the way down the parking lot. Circle up and do some windmills, some weird imaginary ladder climbing things, SSHs, Sun Gods in cadence, ending with Michael Phelps on your own while YHC explained The Thang.

The Thang:
First we played a game that YHC invented which has now been named “Follow Me!” The Q gives the Pax an exercise with a slightly absurd number of reps. All of the PAX begin the exercise. When 1 of the PAX completes the reps he becomes “the leader” and shouts “Follow me!!!!” At that point all PAX stop their exercise and sprint to the other end of the parking lot. Once a PAX is a leader they can not become a leader again. Repeat this process until each PAX has become “the leader” one time.
40 Surrenders
50 Merkins
80 Flutter Kicks
30 Smurfjacks
70 Plankjacks
50 BBS

Then we mosey all the way to the field in front of the school for this awfulness:
1 Burpee at the bottom of the hill
Bear crawl 1/2 way up the hill, mosey the rest.
5 Squats
Run back down the hill and repeat, adding 1 burpee and 5 squats each repetition.
Exercise is complete after 10 burpees and 50 squats or until time runs out (which it did).

COT:
Prayers for schools, administrators, the media. Announced all of the CSAUP events on Saturday.

Naked Moleskin:
Tried to anger Alcoa by suggesting the entire beatdown would take place on the playground equipment. Turns out this only confused Orvis who really thought that my entire beatdown plan was now worthless. Making up random exercises for the warm up is not recommended. Or at least not the one I made up. “Follow Me!” was pretty great though and I will be using that again. And again. And again. Coffeeteria was great. Lots of discussion on schools being open, stress on teachers and administrators. Also discussed why our Ms have so much useless stuff in our cabinets. Fine china that we NEVER use. Everyday plateware that we use only when we should be using the fine china. And so many coffee mugs. Lively even has the cute ones with the matching saucers. I wonder what FIA complains about?