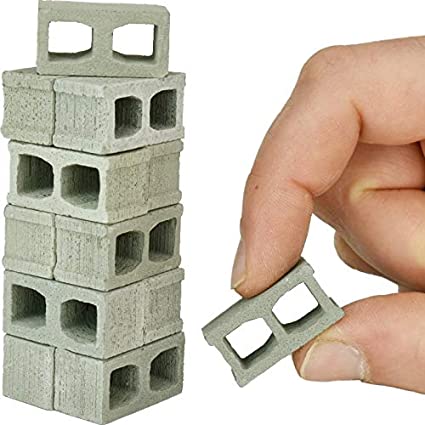 YHC arrived at 6am for a pre-ruck and was expecting to meet up with Super Dave and Snowflake, who started at 5am, but found another 8 Pax ready for a pre-ruck! Going to be another awesome morning at THL!!

YHC was pleasantly surprised to see another large crowd when the preruck was over, forming near the Shovel Flags. After the group decided on Boomtown and THL, we picked up some baby blocks from the back of YHCs truck, moseyed to the LAX field parking lot, circled up and did the following:

We then moseyed down the LAX field, and lined up on the goal line, where we did some 200 yards worth of Panhandle Frisbears. The PAX went down the field to the far goal line and back to the start.

Next, lining-up on the Goal line, with baby blocks in front, YHC explained the next thang:

Run back to Start

The next round, reduce by 1, and do 19 of each. Always do 3 burpees at the 50 yd line. After every 5 sets, run a lap around the field. Dixie Chick was the gazelle and got to around 10 as time was getting low, so we moseyed back to the Flag.

We discussed the F3 10 year Anniversary, Upcoming Spartans, & Misty’s Half-Marathon.We asked for Prayers for Snowman and his family. His dad passed away on Thursday. We also asked from prayers for our leaders, teachers and community as school starts back.

Great time this morning and enjoyed seeing everyone. We had a good group with a great mix of mumblechatter! Good having some more PAX from downrange and good seeing The Chick! It has been a while since YHC ran into him. Super Dave, told his doctor to STHU and did a 2 hour ruck, plus an hour beatdown! Dude continues to motivate YHC and others around him. Keep up the hard work! Rest Stop out!