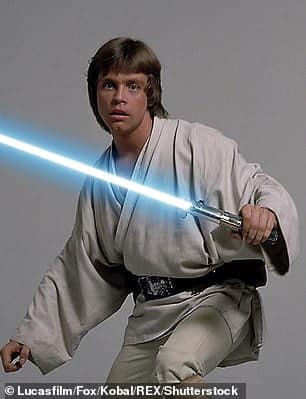 It had to happen.  YHC is not a Star Wars fan, but, hey, peer pressure.  So, in honor of the movies that capture the heart and soul of a lot of people, we did the SKYWALKER.   It didn’t matter what we did, the fact that we did it with an F3 Shovel Flag on full display made it awesome!

The Thang:   Ran to the back loading dock area where the official Skywalker board of pain was on display.   Acronyms be damned, we did the following:

Everests (up both sets of stairs)

Rockette Hillbillies (15 each side)

After completing 2+ rounds, we mosey’d back toward the flag, stopping for a brief interlude of 25 dips on the benches.   Finished with 10 Crunchy Frogs as a Mary from Doubtfire.

C.O.T.   Continued prayers for CSD’s Father’s recovery and for his Mom to continue to be his support.   Also, prayers for those struggling with work or other issues.

Naked Man Moleskin:  YHC was very excited to be able to actually plant the flag as opposed to just carrying it in the back of the truck for the last 6 weeks. It looked good!   Doubtfire brought the level 10 energy to the beatdown.   Red Sauce pushed hard on his first day back in a while and CSD made easy work of the Everests with his long legs (though he really did like the Kraken Burpees but won’t admit it).   Just great to have the traditional F3 experience again.  Looking forward to everyone getting back into the groove of the gloom.