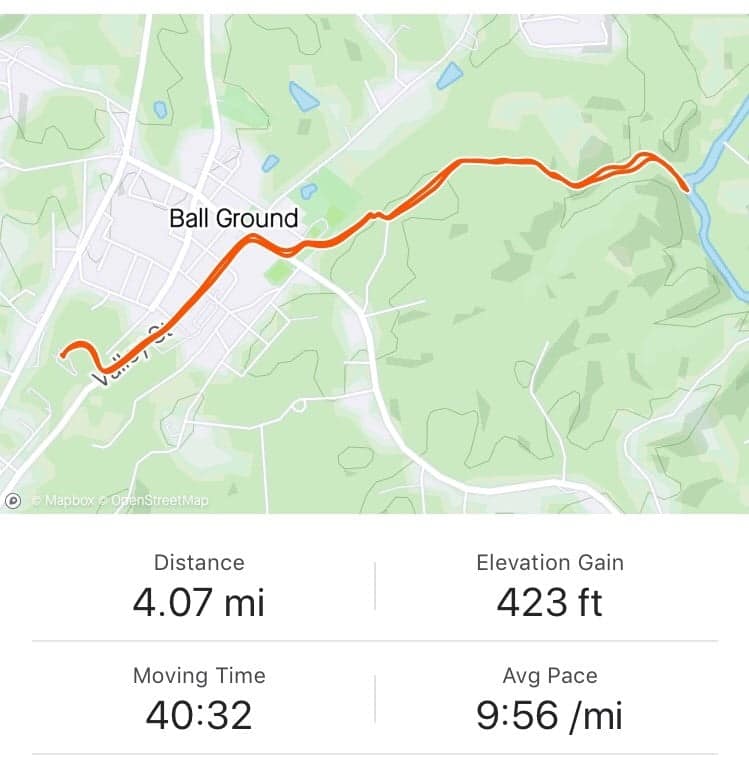 
Castle Black was missing a few PAXs this morning. Dixie Chick out traveling for work. Duggar decided work was more important than working out this morning.

YHC had a simple plan ready (lots of mountain climbers, lots of merkins and some running)

BUT decided to change the plan when only the White Ram 2500 came driving in. YHC asked Bloodhound if he was up for a trail run, of course he was, he’s Bloodhound!

Run from Castle Black to the Ball Ground hiking trails / Old Mill along Long Swamp Creek and back.

Prayers for the Densmore family. Mike Densmore lost a very quick battle to cancer. I worked with Mike for many years.

I’ve been to the trails several times during the day but not in the dark. The sound of deer blowing to warn others is awesome to hear and Other animals scurrying away makes the dark trail that much more interesting.