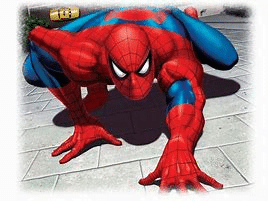 The Dungeon Site Q had an unplanned absence and YHC got called to come up and bring the pain. With short notice YHC totally lifted, with gracious permission, Tackleberry’s VQ from the Lion’s Den because it was AWEFULLY Wonderful! I knew the Dungeon PAX would *love* it as much as YHC did.

WOR – 15 SSH, 10 Weed Pickers, 5 each of Wide Merkins, Diamond Merkins, and Peter Parkers as examples of what was to come… Mosey to the big parking lot at the back of the school.

Made it down to 20 Reps and had to grab our collective wienke and head back to the flag.

Over time by a minute but the PAX were willing to add on 22 Merkins to remember that on average 22 of our military veterans take their lives every day (according to one study). Thanks MySpace for educating us! Prayers for our military servants and their extended families.

NMM: YHC halfway through “So what’s your favorite exercise so far?” Silence. Love it. Three quarters through, YHC “So what’s your LEAST favorite exercise?” Silence. Ahh, satisfaction at the Dungeon. Mission accomplished. Thanks Tackleberry!  Also, PAX at the Dungeon EXCEED expectations.  There was Never a man left behind and once when one PAX accidently cut short part of his first lap, he circled back and finished it up instead of “getting it the next time” or “not worrying about it”.  Impressive.  SYITG very soon!