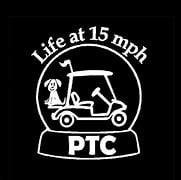 When preparing is not enough… adapt, persevere, overcome.
And the new guy Bubbles is a STUD!!

The Thang:  YHC really enjoyed PieBar’s Q last week at the Den so he took some of it down to ms-Peachtree.  That was supposed to be half of the thang but with the unexpecteds, it WAS The Thang.

Arrived back at the “flag” right at 6:15.  (And the supposed 2nd half of the BD will remain in the car trunk.)

NMM:
Assumption #1 shattered: There will be a lot of light at the AO (3 public schools) with which to read the weinke.
Reality:  They had a significant storm last night and power was out on all 3 campuses. No parking lot lights to speak of. Lesson learned, they do have stars overhead in PTC.
Assumption #2 shattered: The 4 Square area is perfect for a small number of PAX.
Reality:  Except when there’s an aforementioned significant storm. Mud was everywhere. Wet, fresh mud. We’ll push through! Sand and mud everywhere but we worked the core a little bit extra trying not to slide.
Assumption #3 shattered: The Tabata app is simple and can be tweaked on the fly while running.
Reality:  YHC doesn’t know WHAT was going on but the app didn’t work like it was supposed to in my mind.  What a cluster!

Lessons learned – don’t assume anything, have a back up, back up, make up plan, keep pressing on to give the PAX whatever you can give them.
Mr NEW Bubbles is a STUD!  He bruised a rib yesterday, was in quite a bit of pain and still posted for his 2nd beatdown and modified all he needed.  He found that if he held his rib cage like this, he wouldn’t pass out.  (or something like that.)
Oh, and dumbbells get slippery with water and sand and they hurt like HADES when they fall on your kneecap off the elf shelf.