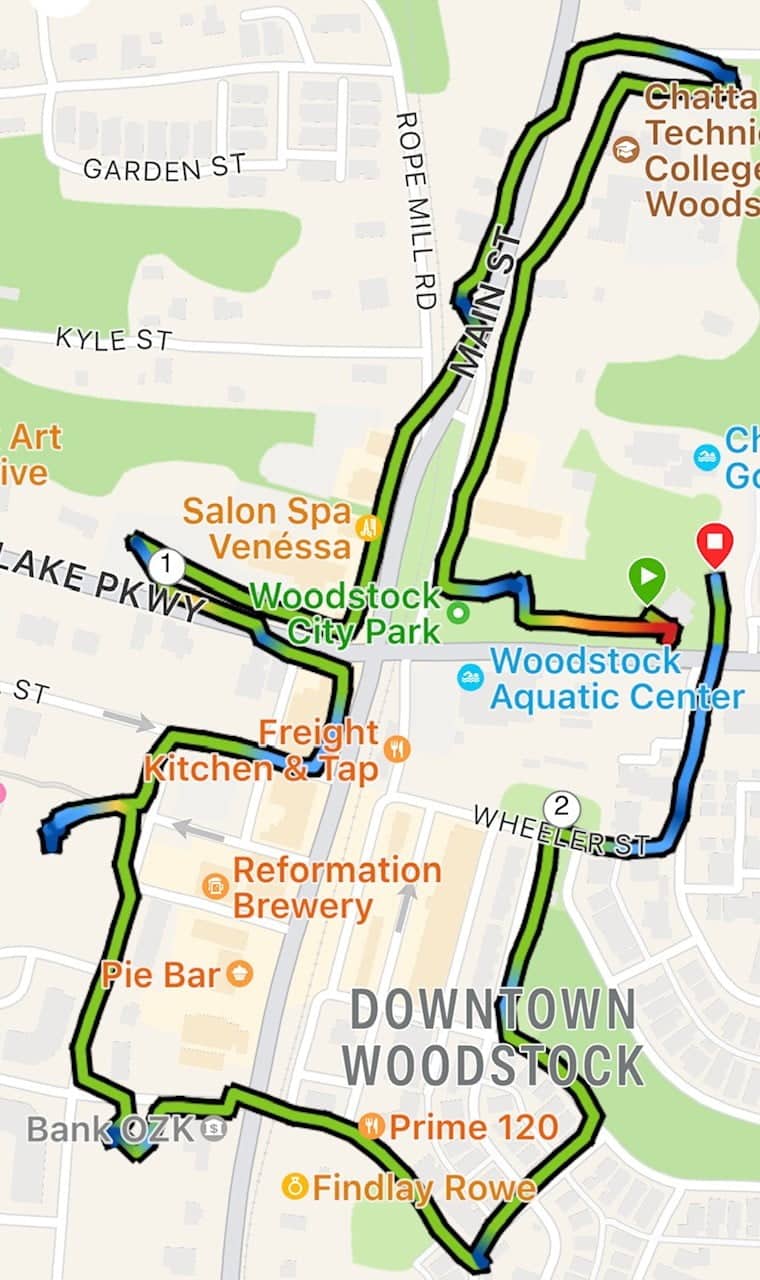 YHC came in hot from 5:30 at the Forge. Despite the hectic arrival, I’d planned ahead enough to know that we were gonna wing it today. And so we did…

6:30 sharp and only YHC and Surf N Turf are present and accounted for. So, off we ran. By 6:30 and 10 seconds, we were joined (as if my magic) by 5 other hearty souls. We did a quick warm-o-rama by the bandstand and then headed to the Chat. Tech parking lot.

We just ran and ran and ran. Every time I got tired we stopped running and did:

I got tire a lot. Including our first stop at Chat. Tech, we ran over two miles with 6 stops for exercises. I was so tired in fact, that I got us back to the flag at 7:16, thereby violating the “start on time; end on time” rule. My bad boys.

Sting runs so fast that he kept crowding me so I had to stop and exercise just to get him to do something else and give me some space.

YHC almost made the ill-fated decision to dash across Towne Lake Pkwy NOT at a crosswalk. Almost!

SNT pretended at one point that he didn’t hear YHC say 20 murkins every round.

Oracle (not actually present at the BD, but casting a large shadow nonetheless), is not a man to miscegenate shovels. While we were gone, he stuck the Lab flag in a fence and ran off with the Clinic bucket. We were all shocked upon return.

During coffeeteria, One Scoop regaled us with stories of a time when he did not have his current gift of gab. SNT gave us the cliff’s notes version of his 4th F presentation and we all speculated on our pickleball prowesses. Next time you see him, ask SNT to make goat noises. He loves doing that.

We heard from 6th man Depends on his family and domestic tranquility. Praises that he’s done paying for preschool.

It was a beautiful, crisp morning and we were blessed to have kicked it off together. Well done PAX.