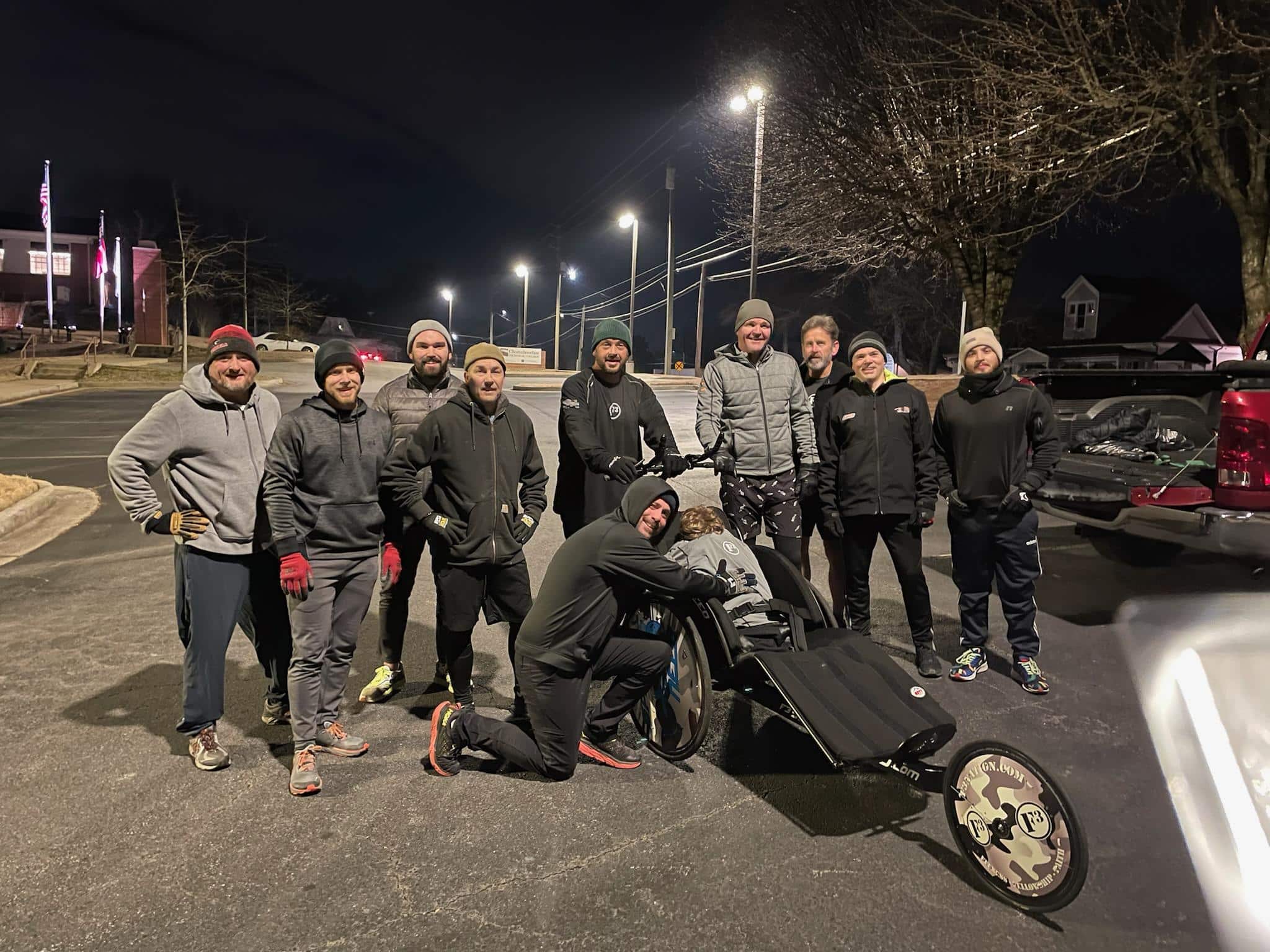 Delroy got gussied up this morning’s ride with the brothers of the clinic.

Warmorama- A nice little uphill mosey to the Chattahoochee Tech campus, circled up for a nice introduction from JB for Speed For Need, the racing bike and DelRoy the sandbag baby. After the introductions, we covered some light pt and then proceeded to the Beatdown.

The Thang- We broke up into teams of 3-4 pax, using the parking lot ( with nice elevation) we took turns getting to know the bike and DelRoy by running to the bottom of the lot and back. The remaining PAX stayed behind to complete various painful exercises while waiting for their turn to push the bike.

The racing team consists of : A driver, side support, a scout to clear the way ahead and call out random obstacles and the most important member of the team, the Track Commander which is the rider in the chair, your most precious cargo and priority #1 my brothers! In this case, it was the little baby sandbag DelRoy! As an audible, I also assigned the role of the concerned parent running along screaming at the runners about the safety of their little ‘baby angel’. This was more to try and test the focus of the running team but it was also to provide a humorous element.

After everyone had a chance working as a team, we took the group to the bottom of the lot and took turns individually running DelRoy up to the top lot and turning around and back down the hill while the rest of us took turns calling out pt while we waited for the runner to return.

With time running out we completed our last round of pt and sprinted as a group to the top of the lot and loaded up the bike and dear little DelRoy . After the bike and DelRoy were secured, we ran back to flag to circle up for a final push of pt until endex.

CoT- Announcements and prayers for our F3 brothers , their family and friends, and the community that we serve.