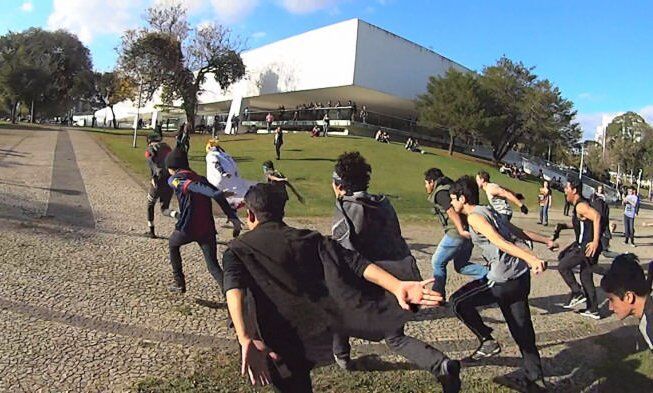 WE did the traditional mosey stuff, with some hopping and weed picking.  Added in some Flamingos, Downward dog, glut stretches and proceeded to bring the pain.

Sooorie used the excuse of building strength and testing the metabolic system by introducing tempo runs.   In the 8th grade, Sooorie decided to play sports, and in that year his coach made him a better man.  Coach Meyers was a tall, jacked, apologetic alpha male who decided middle school gym was his calling.

One of the ways Coach Meyers brought the pain was by splitting the team into two groups.  800 meter run with a time limit of 3 minutes, second-team went while the first team was resting.  repeat.  Then 400 x2, then 200×2.  For every person who failed to meet the pace, we did suicide runs.  For the first several months all we did was run.  But we were fast.  We could shoot a basketball for crap, but the entire game was easier than practice.  His mentorship left Sooorie with an everlasting impression.

With our legs and lungs on fire, we proceeded to the wall.
21 Hand stand shoulder taps (Kodiac)
15 pushups
9 Sit ups
Repeat 3 rounds with the goal going AS HARD AS POSSIBLE.

Wrapped it up with some Mosey and Mary.

We prayed for strength.