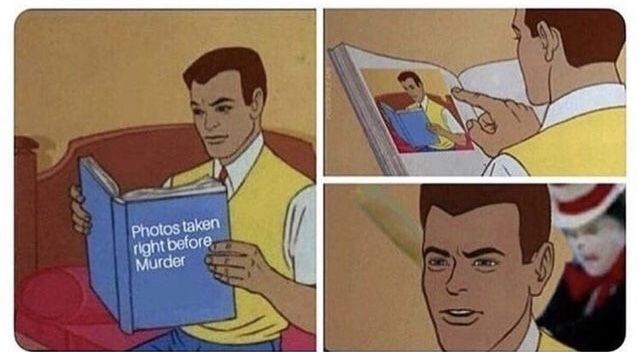 Don’t even know where to begin.  Exile ran something called the murder mile with his buddy itzler who is married to the spanx queen and it sounded awesome.  I sent up the shield lock flare and said I’m doing this. Made the plan, adjusted for thanksgiving and we were set for 12/5.  4am start!  Really?? A one mile trek to the starting line, across a creek?  Wtf lucky?  I spent a few weeks trying to plan the perfect treacherous and awful route with a great camp spot.  Found it, ran it 10 times and got the mile down. A few days before the start date shot started rainy down on slack from some awful hims. Bumping my posts, talking smack and some even saying why don’t we move the whole thing to Boling!  F it, onward and upward!  Lucky spread the salt and blocked out all the haters.

the morning came and 11 souls were coming in hot to the 🍍 parking lot. A few hours before we lost a couple runners due to various reasons – most had their periods I think.  Then at 355am when I asked 8bit where all the Ruckers were, he said there was a widespread outbreak of sandy Va-jay-jays and they all bailed.  F it, let’s roll.  Load into 2 pickups, halfway to the drop spot and a half mile hike in. That’s all you get – show up next time and you can experience it al!

Geek Squad showed why is the beast of the year award winner – killed every lap and even saved a lost child and stray dog on the route.

Turtle was a bit quiet today, but knocked out every lap with gusto.  I think he left sandy pants to go get breakfast and he was sweating trying to get back to her.

The Mole – this jack hole, tries to tear me a new ahole for his wet socks and shoes and later apologies that he didn’t read the slack.  I blame that on JB for bumping my post for no reason as he tries to fill a team for a 2022 adventure race

Gekko was a true him, escorting short Circuit out of the woods and trying to keep our fire going. It never really got going – but we still love him!

Z93, yea we are still going to the 🍍!  Thanks for the tunes, true radio DJ!  Elvis Duran has nothing on you!

Farm Country rolled up on healies on his own and got right to it. Other than a few wrong turns he killed it.  Starting to wonder if he actually lives in the woods.

OJ had a date at kitty litter towne so he decided to run the mile in solo, bang out 3 laps and then run the mile out. Hope he showed up on time and didn’t get that PB spanking

8 Bit was the ruck king. Had his own tunes and showed us how a Rucker HCs and shows up ready to roll. Oh, except his headlamp – that probably was better if it wasn’t in the truck

Short Circuit is someone you probably don’t want to go into battle with, he has no exit plan. A true him even if he was scared to HC even though I had a headcount spreadsheet.  He showed up and waited for OJs light to disappear in the distance to announce he needed to leave also and had no idea what direction to go. Holy cow – good work Napoleon Bonaparte!  No surrender