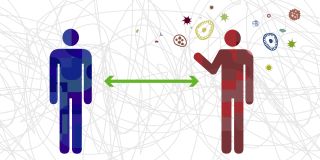 I grew up playing all kinds of stupid made up games. The League brings back all those fond memories of wee little Mahk and his peeps running roughshod all over the mean streets of Manchester By The Sea back in the 80’s.

But enough about wee little Mahk. Let’s get on with it.

After a series of no-contact interviews with League OG’s, it was dtermined that pretty much everything has already been tried. No pressure. Well, what about half-field mini-games of UF and Rugby? Done that. How about that + no defense? That’s lame. Well, what if that + that + drop penalty? Yep sorta. Ok T+T+T+underhand backward toss and 1-handed small football catch to score? Uhhhh…

And there you have it, another stupid game was born!

Hard to hear spaced 60′ apart from each other, but we prayed for employment, new homeschool teachers, children moving back in, and for the ability to stay positive and happy during these difficult times.

Awesome to see everyone out there reliving their glory days and having some laughs along the way!

Especially this week – after one of the seriously craziest weeks that any of us have ever experienced. The league may be on a short hiatus, but it will come roaring back – just like all of your 401k’s!

I may never figure out how y’all throw that disc side-armed, or how Aquaman can go from 100 drops one week to 100 receptions the next, or when Omniside sleeps, or how many bodies Good Hands has buried in his backyard, or why Garfield is such a ninja in the middle of the field, or how to erase the images of Panhandle trying to catch a football, or why Festiva thinks we don’t know that he’s a basket hanger, or how Woody will ever recover from me burning him for today’s final catch….or…or…or…

But one thing I do know…The League is just freaking fun!