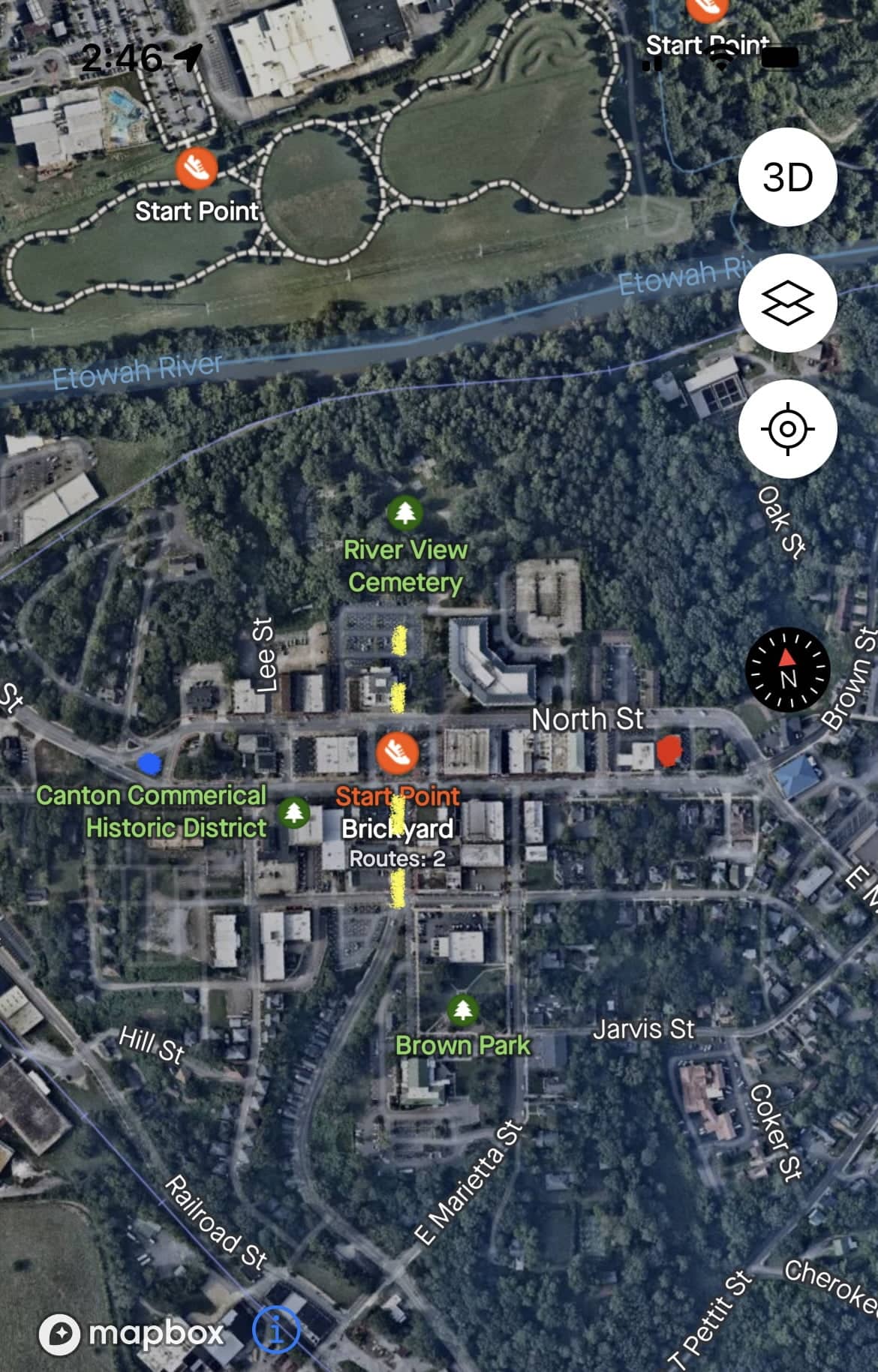 On a cool morning of 69° F, 16 men played the first ever Capture the Flag-Brickyard in downtown Canton.

The rules were simple:

• We will have two flags: one behind the brick wall towards Railroad St and one behind Synovous Bank.
• There will be two taggers one each team with half pool noodles.
• If you get tagged, you have to run back to your flag before you can come back in. 1/3 mile from flag to flag.
• Taggers cannot pass the midline (Gazebo)
• If you get tagged with the flag and haven’t crossed the midline yet, drop the flag until someone picks it up. Either team can pick up the flag, except the taggers.
• First team to grab the opposing flag and bring it back to their home base first gets the point.

The first 20 minutes were slow as the taggers were puppy guarding the flags. We switched up the rules a bit to only let one tagger guard the flag, which made it way more fun.

Regardless, Catalina still puppy guarded the flag earning himself best “Booper.” (He likes to boop men with his noodle…)

8-Bit showed his quickness against Foosball in a chase up through the bushes.

Brick walls were jumped and some men were almost hit by cars. Most Pax were able to get 3+ miles in, except Catalina, who just stayed near the flag each round to “boop” everyone, so he only got 0.72 mile.